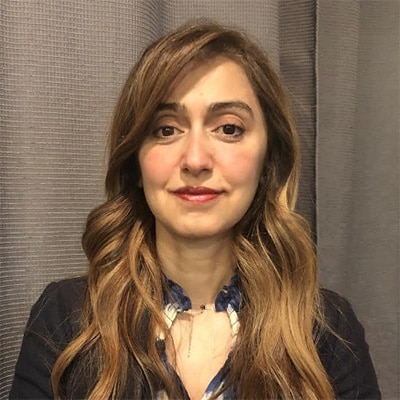 Taghreed Risheq is the Arabic Media Manager at DAWN. She is an award-winning bilingual journalist with experience covering foreign affairs, diplomacy, politics, and human rights. She previously worked as correspondent in Amman and Washington DC, for Al-Ghad, the Jordanian flagship newspaper.

As a veteran journalist, she has covered U.S. presidential elections, Democratic and Republican administrations policy shifts, and US foreign policy towards the Middle East, including bilateral relations, sanctions, military assistance and sales. She has also covered Congress, the State Department, the Pentagon, and the political scene in Washington.

She reported extensively on the Arab Uprisings, Syrian refugees, terrorism, extremism, the war against ISIS, and the Palestinian-Israeli conflict. In 2019 she covered pre-trials of accused 9/11 planners from Guantánamo Bay, Cuba.

In 2014, she received the King Hussein Award for Excellence in Journalism for a feature report about Syrian refugees' self-made camp in Amman, Jordan. She earned her Master's degree in Strategic Studies from Johns Hopkins University, School of Advanced International Studies (SAIS).