As a Saudi journalist, Jamal Khashoggi criticized the militant strain of Islamist extremism and advocated democratic reforms as the most effective way to tackle terror, stop bloodshed and political violence in Arab countries. His advocacy and ideas drew the ire of the powers that be. In November 2016, the Saudi government banned Khashoggi from writing in newspapers, appearing on TV and attending conferences.

Rather than remain silent, Khashoggi made the difficult decision to leave his country, moving to the United States in June 2017. As an exile, Khashoggi grew bolder in his criticism of the autocratic policies of the Saudi government and Crown Prince MBS. He also continued to champion democratic reforms for his country and for the entire Arab world.

In June 2018, just months before his murder, Khashoggi and a group of like-minded friends founded Democracy for the Arab World Now, or DAWN. Khashoggi's mission and DAWN's mission were one and the same — to promote democracy, human rights and the rule of law in the Arab world.

Khashoggi had ambitious plans for the group. Khashoggi and the other founders developed a statement of principles committing DAWN to researching and exposing human rights abuses, advocating for democratic reforms and mobilizing Arab exiles by providing them a platform to debate democratic solutions to the region's problems. In the process, Khashoggi intended DAWN to become a leader in fostering and sustaining the hope of freedom in the Middle East and North Africa.

Khashoggi was murdered on October 2, 2018, before he could make DAWN into an effective voice for change in the Arab world. The organization remained mostly dormant in the wake of his murder, but it would rise in the Spring 2020, when DAWN's Board of Trustees appointed a new Executive Director. The organization grew rapidly over the next several months.

On September 29, 2020, almost two years to the day of Khashoggi's murder, DAWN officially launched. DAWN's new staff have picked up where Khashoggi left off, working to establish a robust organization to expose human rights abuses and promote democracy in the Middle East and North Africa. In the process, DAWN aspires to give voice to the tens of thousands of political exiles who yearn for freedom in their home countries.

DAWN also seeks justice for our founder Jamal. On October 20, 2020, DAWN and Khashoggi's widow Hatice Cengiz, as co-plaintiffs, filed a civil lawsuit in Washington, DC federal district court against Saudi Crown Prince MBS and 28 other top Saudi officials responsible for Khashoggi's murder. The lawsuit alleges that MBS and his co-conspirators ordered the murder of Khashoggi for the purpose of silencing and preventing him from continuing his efforts in the United States as a voice of democratization in the Middle East, principally as DAWN's Executive Director.

Though we have lost our founder, DAWN is built on his ideas of change. We honor his legacy by continuing his work, nurturing his vision of democracy and human rights for the Middle East and North Africa. 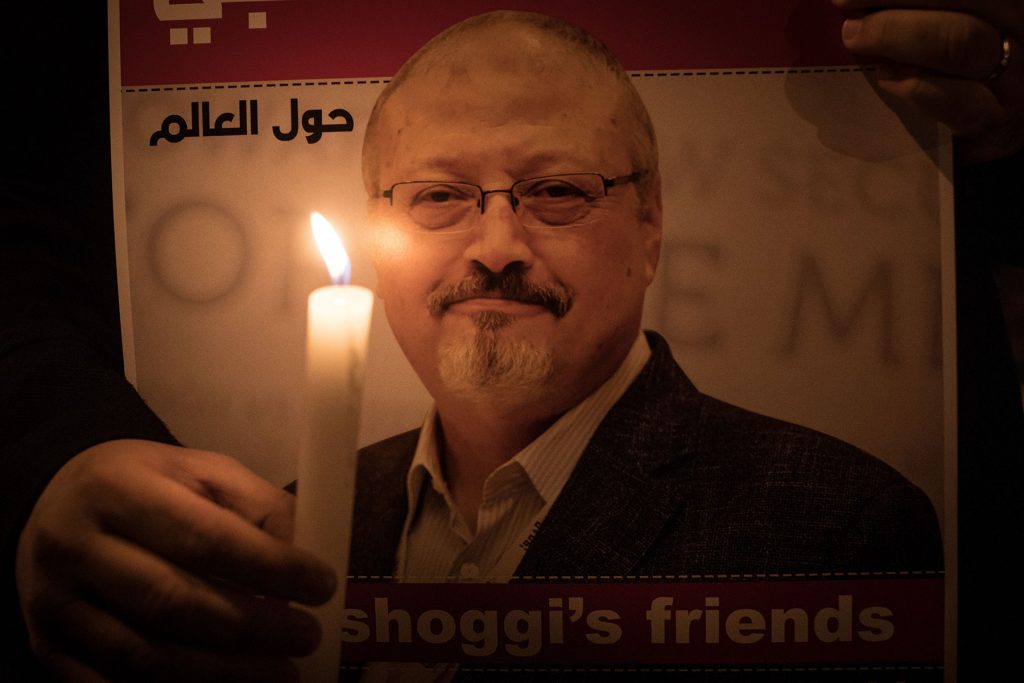 "Stabilizing democracy and driving people to believe in it is the only way forward for peace."