IN HIS OWN
WORDS

In His Own Words: Select Articles by Jamal Khashoggi

This section provides excerpts from select articles written by Khashoggi from August 2002 up to his death in October 2018.  The articles reflect the evolution of Khashoggi's ideas and his embrace of democracy as the solution to the problems of the Arab world.

'…just as the state in the mid-1970s encouraged a massive modernization drive aimed at updating the kingdom's physical infrastructure, services, industrial output, and economy, it now needs to do the same to modernize the kingdom from within: its thought, its system of government, and its administrative, educational and legal structures."

"Osama bin Laden's hijacked planes not only attacked the Twin Towers of the Word Trade Center and the Pentagon. They also attacked Islam as a faith. They attacked the values of tolerance and coexistence that Islam preaches.

Bin Laden and his band of followers targeted all Muslims wherever they happened to be. In particular, they attacked Saudi Arabia and its people. It was a cruel blow, so terrible that we have yet to recover from its aftereffects."

Why the US must find a more just perspective

"Saudis tend to link the ugliness of what happened in New York and Washington with what has happened and continues to happen in Palestine. It is time that the United States comes to understand the effect of its foreign policy and the consequences of that policy. But unfortunately, such rationalisation is still not part of the American reality."

"Of course, there is extremism in America—extremism as ugly as any that we have at home. But the Americans studied and analyzed minutely the Waco and Oklahoma City incidents on their own. The motives behind those attacks were examined in an effort to guarantee that such events would not recur…. We Saudis have failed to do the same. The most pressing issue now is to ensure that our children are never influenced by extremist ideas like those that misled 15 of our countrymen into hijacking four planes that fine September day, piloting them, and us, straight into the jaws of hell."

"It is unfortunate that the mufti of Pakistan's Taliban does not see anything wrong with a young man committing suicide by blowing himself up in the market or mosque to kill people. What sound reason can permit such an action?"

We feel Europe's fear – and need its help

"The modern Middle East was created by Europe a century ago. It is time for Europe to come back and join forces with local powers to fix it. We in the Middle East do not yearn for a return to imperialist times but we need to work together to end the refugee crisis and defeat the terrorists…. What is necessary is for Europe to form an alliance with the capable countries in the region to halt Isis and to halt the chaos that is breeding more jihadi fighters…."

Only democracy can stop bloodshed

"Democracy remains the most effective way to tackle terror, stop bloodshed and political violence in Arab countries…. While western countries are examining what can be done to revive democracy and to grapple with transformation amid communication revolution, Arab countries like Iraq, Syria, Libya and Yemen are in deep need of democracy to be able to survive and to stop bloodshed that has killed hundreds of thousands."

The alienation of the Saudi legacy

"… there is no non-political Islam … Today's generation needs something that reminds them of their ancestors and revives their values."

With young Crown Prince Mohammed bin Salman's rise to power, he promised an embrace of social and economic reform. He spoke of making our country more open and tolerant and promised that he would address the things that hold back our progress, such as the ban on women driving. But all I see now is the recent wave of arrests. Last week, about 30 people were reportedly rounded up by authorities, ahead of the crown prince's ascension to the throne. Some of the arrested are good friends of mine, and the effort represents the public shaming of intellectuals and religious leaders who dare to express opinions contrary to those of my country's leadership."

"Now, as the government's "guests" depart and the Ritz-Carlton prepares for Valentine's Day — the first time that holiday can be openly celebrated in Saudi Arabia — MBS must find a way to revive the value of these important assets and the overall economy. Encouraging public debate and discussion by relaxing his grip on the country's media, as well as releasing those jailed for expressing their views, would prove that he is indeed a true reformer."

The crown prince doesn't listen to Saudis – why would he listen to Theresa May?

"For his domestic reform programme, the crown prince deserves praise. But at the same time, the brash and abrasive young innovator has not encouraged or permitted any popular debate in Saudi Arabia about the nature of his many changes. He appears to be moving the country from old-time religious extremism to his own "You-must-accept-my-reform" extremism, without any consultation – accompanied by arrests and the disappearance of his critics."

"Is there no other way for us?  Must we choose between movie theaters and our rights as citizens to speak out, whether in support of or critical of our government's actions?  Do we only voice glowing references to our leader's decisions, his vision of our future, in exchange for the right to live and travel freely — for ourselves and our wives, husbands and children too? …

This is a Faustian bargain that I will not make."

Jamal Khashoggi: What the Arab world needs most is free expression

"The Arab world needs a modern version of the old transnational media so citizens can be informed about global events. More important, we need to provide a platform for Arab voices. Through the creation of an independent international forum, isolated from the influence of nationalist governments spreading hate through propaganda, ordinary people in the Arab world would be able to address the structural problems their societies face."

"The debate about the relationship between Islam and democracy conclusively ended with the coming of the Arab Spring, when the people of the Arab world, — especially the youth, and even the Islamists, including some Salafis, who were always critical of democracy — supported the protests for democratic and political change.…  The long voting lines during the 2012 elections in Tunisia and Egypt clearly demonstrated that the people of the Arab world were ready for change." 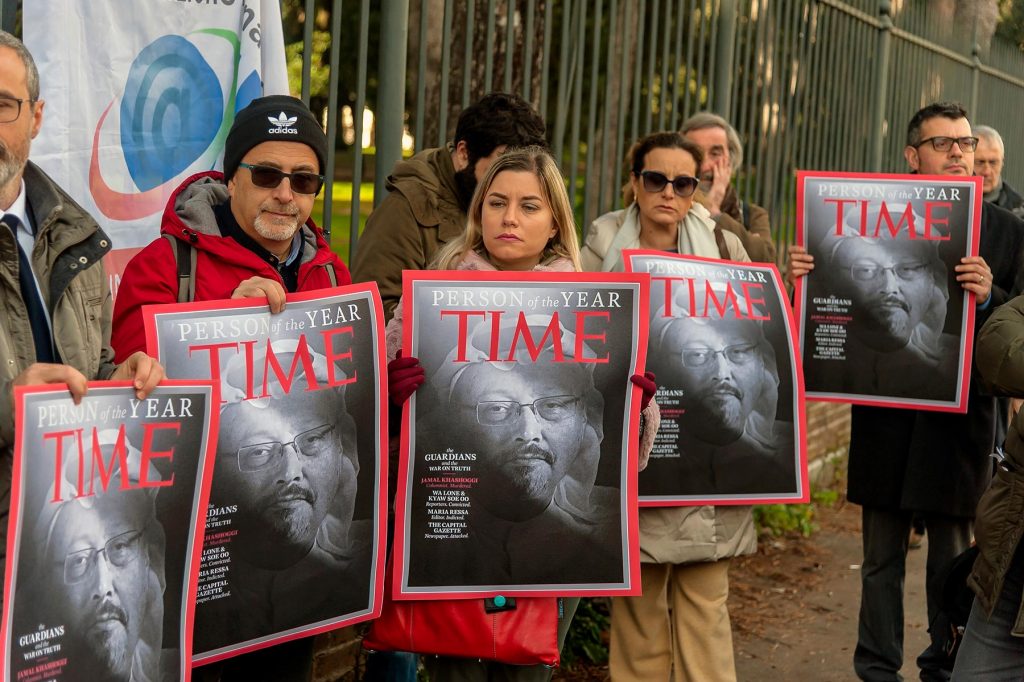