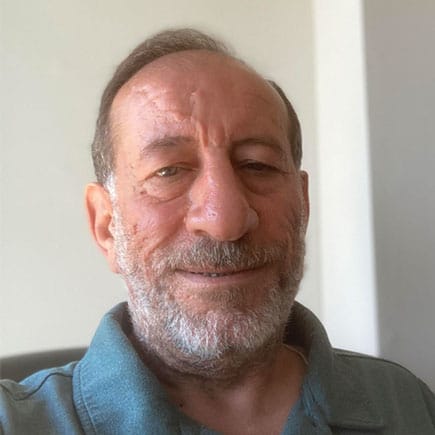 Jamal Al Tahat is a is a senior consultant at DAWN. He has spent decades advocating for democratization in Jordan. He has extensive research experience in many fields, including in economics at the Jordanian Royal Scientific Society. Al Tahat worked as an instructor, researcher, and managing editor of the strategic journal (Istrategia Al-Ordun) at the Center for Strategic Studies at the Jordanian National Defense College. He then joined the Advanced Research Group as a visiting fellow with the British Royal Defense Academy for five years.

Al Tahat also worked as a project consultant with the United Nations Development Program Jordan to develop a pilot project for demand-oriented local socio-economic development. Al Tahat also worked in the renewable energy sector in Jordan, including as a regional marketing research manager for the Zain telecom group. Most recently he worked on media research with special focus on disinformation with Zephyr Associates, a British not-for-profit organization.

Al Tahat has published numerous articles in Arabic across a variety of Jordanian daily news outlets. His education is widely interdisciplinary, starting with his BSC Physics and Mathematics studies at Yarmouk University in Jordan, then earning his Post Graduate in Philosophy at the University of Jordan, and finally his Master's in Development Studies from University of Leeds, England in 1995.