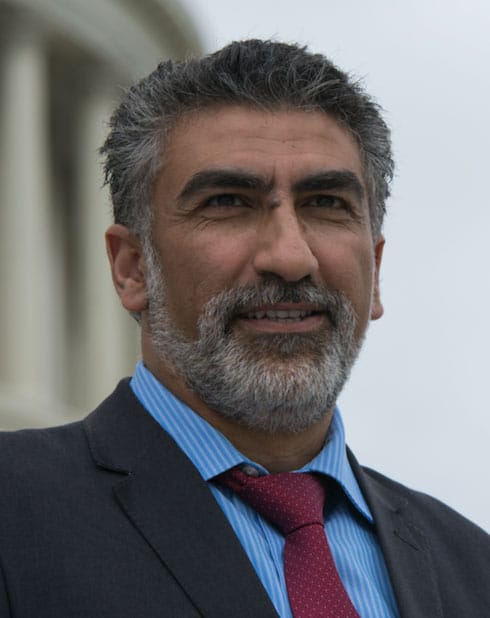 Mongi Dhaouadi was born and raised in Tunisia and moved to the US when he was 19 years old to study Electrical Engineering.

Currently, Dhaouadi serves as the Executive Director of the Libyan American Alliance (LAA)  and the president of the Tunisian United Network (TUN). Both LAA and TUN are leading voices for democracy, human rights, and good governance in Libya and Tunisia respectively.

Previously, Dhaouadi served as the Executive Director for the Council on American Islamic Relations in Connecticut where he conducted civil rights workshops on Knowing Your Rights, Islamophobia and the Muslim experience before and after 9/11. He has participated in and led several media campaigns and press conferences on issues concerning the Muslim community ranging from discrimination cases to advocating for the change of racial profiling laws in the state of Connecticut.

After moving to Washington DC, Dhaouadi worked as the Senior Program Officer at the Center for the Study of Islam and Democracy (CSID). For four years he oversaw the advocacy campaign for freedom, democracy, and good governance in the MENA region with a special focus on Tunisia.