Ahmed Masoud is the author of the novel "Vanished: The Mysterious Disappearance of Mustafa Ouda," which was shortlisted for the Palestine Book Awards. A writer and director, he grew up in the Gaza Strip and moved to the United Kingdom in 2002. In 2019, he worked with Maxine Peake on "Obliterated," a theatrical experiment and artistic protest. Masoud’s theater credits include "Application 39" (WDR Radio, Germany, 2018) "Camouflage" (London, 2017) "The Shroud Maker" (London, 2015-2019), "Walaa, Loyalty" (London, 2014, funded by Arts Council England), "Go to Gaza, Drink the Sea" (London and Edinburgh, 2009) and "Escape from Gaza" (BBC Radio 4, 2011). He is the founder of Al Zaytouna Dance Theatre, where he wrote and directed several productions in London, with subsequent European tours. He has also published numerous academic articles, including a chapter in "Britain and the Muslim World: Historical Perspectives." 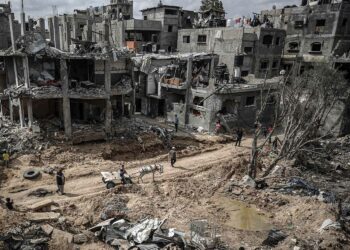 Hope and Fear, Trapped in Gaza

It didn’t start when Hamas fired rockets, nor did it end when the cease-fire took place. It started when I...