Dr. Al-Singace has now spent 12 years in prison for his peaceful assembly and expression for democratic reform in Bahrain in 2011. Al-Singace has been on  hunger strike since July 8, 2021 and has now exceeded 400 days without solid food. Out of concern for his rapidly declining health, DAWN joins groups to demand authorities to release him immediately and unconditionally.

We, the undersigned, are writing to you concerning Dr. Abduljalil Al-Singace, an academic, activist and blogger imprisoned in Bahrain whose health is declining rapidly. We respectfully urge you to secure Al-Singace's immediate and unconditional release, and in the meantime, ensure he receives proper medical care, is protected from torture and other ill-treatment, and that his academic work is transferred to his family.

Abduljalil Al-Singace, 60, is serving a life sentence for his role in peaceful protests calling for democratic reform in Bahrain in 2011. He has been imprisoned for almost 12 years solely for exercising his human rights to freedom of expression and peaceful assembly.

Al-Singace has been on hunger strike since 8 July 2021 and has now exceeded 400 days without solid food. We are deeply concerned by the current state of his health as his blood sugar has reached an extremely low level. We are especially concerned that in flagrant disregard of his physicians' orders, the delivery of multiple essential prescribed medicines has either been delayed or denied, including pills necessary for his nervous system and bodily functions, and eye drops.

Al-Singace suffers from post-polio syndrome and multiple other health problems, including severe intermittent headaches, a prostate problem, arthritis in his shoulder joint, tremors, numbness, and diminished eyesight. In January 2022, his neurologist requested a CT scan, but the authorities have reportedly refused the request to have the procedure performed at the Salmaniya Medical Complex, run by the Health Ministry. Instead, the authorities insist that the test be conducted at the King Hamad Military Hospital. But he does not believe that he would receive adequate and timely healthcare at King Hamad Military Hospital, given that he has yet to be informed of the result of an MRI scan of his shoulder taken there in October 2021. This delay amounts to a deliberate failure to provide healthcare in line with Bahrain's obligations under international law. Given his fragility and pre-existing health problems, this denial of healthcare puts his life at risk and may lead to irreversible damage. Therefore, we call on the government to immediately provide him with adequate healthcare.

Al-Singace's hunger strike is in response to the prison authorities' confiscation of his book on Bahraini dialects of Arabic that he spent four years researching and writing by hand.

On 18 July 2021, the authorities transferred him from Jau prison to the Kanoo Medical Centre, where he continues to be held. The same month, the Bahrain Ministry of Interior Ombudsman declared that his book could not be turned over to his family until a "legal decision" about its contents was made. In November 2021, a legal decision clarified the apolitical nature of the book, but government authorities have yet to return the book to his family. In March 2022, an Ombudsman representative visited Al-Singace, made baseless allegations about the book's content and asked him to edit and resubmit the book for the authorities to review.

In July 2022, the UN Human Rights Committee repeated its call to the government of Bahrain to release Al-Singace along with other unjustly imprisoned human rights defenders including Abdulhadi Al-Khawaja and Naji Fateel. Today, on 13 August, Al-Singace marks 12 years since his initial arrest in 2010. He was subsequently unjustly re-imprisoned after a brief hiatus of 21 days in early 2011 and was re-arrested on 17 March 2011 during the uprising. Today also marks the 401st day of Al-Singace's hunger strike.

We call upon you to release Dr. Abduljalil Al-Singace immediately and unconditionally. We also urge you to ensure he receives his medication without delay and has access to adequate healthcare, in compliance with medical ethics, including the principles of confidentiality, autonomy, and informed consent, and is protected from torture and other ill-treatment. We also call on you to ensure that his work is immediately handed over to his family.

Egypt's National Dialogue: "To Join or Not to Join" – The Opposition's Dilemma

Open Letter to the 77th Session of the UN General Assembly Calls for Members to Boycott Sudanese General Al-Burhan...

More than 30 NGOs call on the international community to press Saudi authorities to release student and peaceful women's... 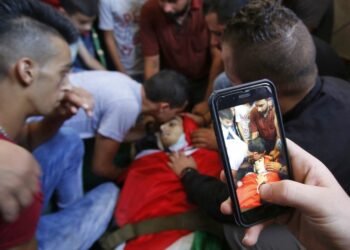 Meta Should Release Report on Content Moderation in Palestine, Amidst Documented Censorship 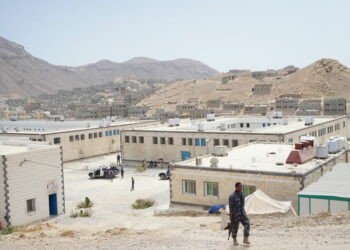 Egypt’s National Dialogue: “To Join or Not to Join” – The Opposition’s Dilemma