Since King Salman's ascension to power and the emergence of his son Mohamed Bin Salman as crown prince, the government has undertaken wide scale jailings against critics and perceived rivals and a vicious war against Yemen, including widescale indiscriminate bombardment of civilian areas. Below is a more detailed account of the situation in Saudi Arabia: 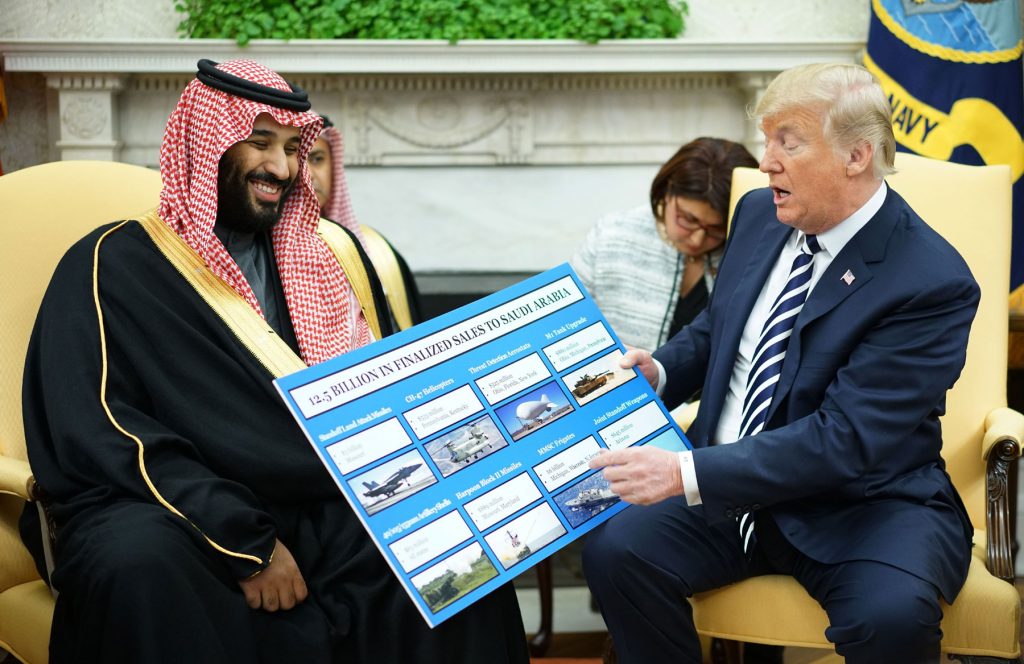 Since the anointing of King Salman in Saudi Arabia in 2015 by a small royal cabal, the country has seen a dramatic and unprecedented concentration of power in the hands of his son, Crown Prince Mohamed Bin Salman or MBS. MBS has exercised this power to conduct wide scale arrests against those perceived to have independent power centers in the country, including the country's intellectual and independent religious leadership, the business and media establishment community, royal rivals, and civil society reformists. MBS has established security and intelligence services answerable only to himself, circumventing existing institutions in the defense and interior ministries. He has confiscated billions of dollars in assets of previously independent businesses and individuals through a secretive campaign generically described as an "anti-corruption" effort. He has kidnapped and in some cases killed activists and royal family members abroad. He has also held hostage foreign government leaders, including Lebanese Prime Minister Saad Hariri and nominal Yemeni president Abdrabbuh Mansur Hadi, and jailed the family members of political exiles abroad.

Saudi Arabia's laws prohibit freedom of association, freedom of speech, and freedom of religion; non-Muslim places of worship are prohibited. There are no independent civil society organizations in the country. The country is ruled as an absolute monarchy with no constitution or legal protections for the rights of citizens. Elections for local municipal councils with no real power were held in 2015 but have not been held since. The "Shura council", an appointed assembly, has no actual power to pass laws or require accountability from the monarchy and its agencies. Reforms in 2018 and 2019 allowed women the right to drive and ended certain aspects of the "male guardianship" system, but those who have long campaigned for these changes languish in prison and have faced sexual harassment, torture, electrocution and imprisonment by the government. Further, women still need to obtain a male guardian's permission to marry, and husbands can continue to bar their wives from working under religious laws requiring a wife's "obedience". In addition, women continue to face discrimination in divorce and inheritance.

The country has engaged in belligerent but largely failed military campaigns to extend its influence in the region, including a disastrous war against the Houthi armed group in Yemen, which came to power in 2015. Under King Salman's leadership, Saudi Arabia, purportedly in a coalition with a number of other Arab states, has indiscriminately and deliberately bombarded civilians and civilian sites throughout Yemen, causing the vast majority of at least 12,000 civilian deaths. Saudi has also imposed a land, sea and air embargo on Yemen, despite its near total reliance on imports for food, medicine, and fuel, contributing to an estimated 85,000 deaths from famine in the country. Saudi Arabia under King Salman and MBS also provided economic assistance of $8 billion dollars and $23 billion dollars in loans to support the military coup in Egypt, and imposed a blockade on Qatar as punishment for the country's refusal to submit to Saudi Arabian political control. In attempting to become a regional military superpower, Saudi Arabia is now the world's largest purchaser of weapons in the world, with 10% of its GDP, at $58 billion, allocated to arms purchases in 2018. The Saudi government, under MBS, has continued its arms purchasing spree in 2020 despite the shrinking of the national budget due to the declining oil prices, COVID-19 losses, and the costs of the Yemen war.

Disregarding Saudi Arabia's atrocious human rights record, the US government is the largest seller of weapons to Saudi Arabia in the world. The US has provided extensive military and intelligence support for Saudi Arabia's war with Yemen, making it a party to the conflict under international humanitarian law, despite widespread and well-documented war crimes committed by the Saudi military. The United States also maintains close security and diplomatic cooperation with the Saudi monarchy, strengthening the Saudi government's capacity to repress its citizens and ensuring its compliance with the US government's strategic priorities in the region, including the US rivalry with Iran and support for Israel.