Despite its small size, with under 1 million citizens and eight million foreign workers, the United Arab Emirates government rules as an absolute, authoritarian government with no tolerance for critical political opinions. It has also engaged in unlawful warfare in Yemen and Libya and is involved in wars and anti-democratic activities in a number of other countries. Below is more detailed information: 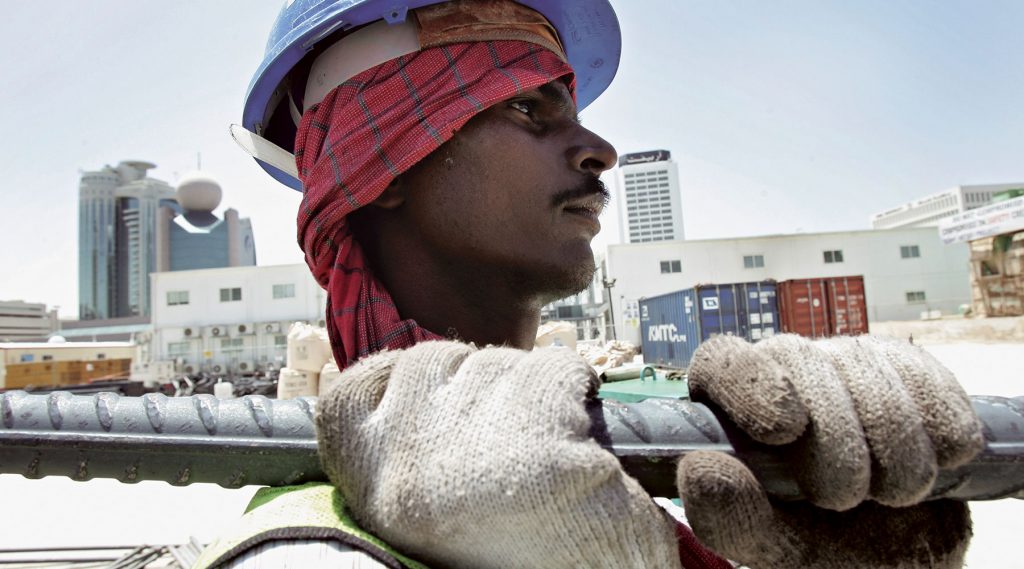 The United Arab Emirates is a small country of seven "emirates" ruled by a cabal of unelected "emirs" or princes since 1971. The vast majority of the country's nine million residents are migrant foreign workers.  The estimated 900,000 Emirati citizens make up approximately 10 percent of the country. A limited, appointed group of people select the Federal National Council, a body with no legislative or legal authority other than to give the government "recommendations."  Absolute power in the UAE resides in the hands of the emirs.

Despite vague assurances in the UAE constitution, citizens have no enforceable civil and political rights. Significant human rights issues, as documented by the US State Department 2019 Country Report on Human Rights Practices included: "allegations of torture in detention; arbitrary arrest and detention, including incommunicado detention, by government agents; political prisoners; government interference with privacy rights; undue restrictions on free expression and the press, including criminalization of libel, censorship, and internet site blocking; substantial interference with the rights of peaceful assembly and freedom of association; the inability of citizens to choose their government in free and fair elections; and criminalization of same sex sexual activity."

During the 2011 Arab Uprisings, the UAE government detained and sentenced numerous Emirati civil society leaders, including persons with Islamist opinions, who called for democratic reforms in the country. Many of these civil society leaders remain jailed following unfair trials and convictions based on peaceful, political expression. In addition, the government has passed "cybercrime" laws severely restricting online political expression, including views supporting or criticizing other governments. The UAE has jailed many people merely for their "tweets" expressing critical views. Women face systemic discrimination,; including divorce, child custody, and inheritance laws that severely disadvantage and harm them. Emirati courts have affirmed the right of husbands to beat their wives for disobedience. The Emir of Dubai, Mohamed bin Rashid al Maktoum, has kidnapped and detained two of his adult daughters, Shamsa and Latifa, who have been detained since 2000 and 2018 respectively, with no police inquiry or judicial process.

The UAE relies entirely on foreign migrant workers for all sectors of its economy, from top tier white collar jobs to menial labor jobs. Foreign workers make up over 95% of the country's labor pool. The vast majority of migrant workers are construction workers and domestic workers, primarily from South Asia and increasingly East Africa. Migrant workers have no residency rights in the country, no matter how many years they have lived and worked in the country, and they can be deported at any time if their employer terminates their job. Systemic abuse of migrant workers remains rife in the country, resulting in occasional work stoppages and protests. For years,the government has pledged to reform the "sponsorship" system that gives employers total control over workers and makes it difficult for workers to change jobs, and to end the confiscation of passports and the payment of recruiting fees by workers. In fact, the government reform efforts have been limited, effectively creating conditions of forced labor for a large percentage of the migrant workforce. The government does not permit workers to join independent unions and has failed, according to the US State Department, to "effectively prevent physical and sexual abuse of foreign domestic servants and other migrant workers".

Although it has an extremely small population, the UAE government has sought to broadly extend its regional political and military control. Relying primarily on paid foreign mercenary forces, the UAE has engaged in armed conflict in numerous countries, including Libya, Bahrain, Syria, Somalia, Afghanistan, Iraq, and Yemen. It has been a leading sponsor of the war in Yemen, alongside Saudi Arabia, and in particular sought to exert political control over the south of the country and supported separatist groups there. The UAE has operated detention centers in Yemen where detainees have faced extreme torture and sexual abuse. The UAE also has established a military base in Libya, carried out combat missions to overthrow the recognized government of the country, and supplied weapons to armed groups there, despite the UN Security Council arms embargo banning arms transfers to the country. The UAE has also participated in the embargo of Qatar and threatened to invade the country in 2018, but was blocked by the US government. The UAE supported the military coup in Egypt in 2013 with $3 billion in aid, and continues to provide financial assistance to the Egyptian government. The UAE is the world's second largest purchaser of weapons in the region after Saudi Arabia and third in the world after Saudi Arabia and India. The most recent available estimate of military spending by the UAE was $22.8  billion in 2014, or 5.6% of GDP.

Disregarding the UAE's atrocious human rights record, the US government is the largest seller of weapons to the UAE in the world and has supported the UAE in its war in Yemen, including by providing military and intelligence support. The United States also maintains close security and diplomatic cooperation with the UAE emirs, strengthening their capacity to repress the country's citizens and violate the laws of war in Yemen, in order to ensure its compliance with the US government's strategic priorities in the region, including the US rivalry with Iran and support for Israel.