Organisations renew their call for the immediate and unconditional release of Egyptian human rights defender, Abdulrahman "Moka" Tarek, as he receives the Index on Censorship's Freedom of Expression Award. Moka has been detained in Egypt since 2013, in reprisal for defending free speech and prisoners' rights. Last month, he attempted suicide after being denied a family visit.

The full letter can be viewed here.

On the occasion of awarding human rights defender Abdulrahman Tarek, the Index on Censorship's Freedom of Expression Award, the undersigned organizations urge the Egyptian authorities to immediately release him and end all violations against him.

Abdelrahman Tarek (widely known as Moka) is a human rights defender working with Al-Nedal Centre for Rights and Freedoms. His work includes defending free expression in Egypt and prisoners' rights, especially in cases of forced disappearances. On 12 September 2021, Moka was awarded Index on Censorship's Freedom of Expression Award in recognition of his campaigning work. The award celebrates individuals or groups who have had a significant impact fighting censorship anywhere in the world.

Moka was first arrested on 26 November 2013 in relation to the "Shura Council" case, when a number of activists organized a protest against military trials for civilians in front of the Egyptian Senate (Shura Council) and were subsequently arrested.

On 11 June 2014, he was sentenced to three years in prison and three years of police probation. He was held in Tora El Mazraa Prison; during his detention, he was frequently subjected to torture, as a result of which he still suffers psychologically. After his release in October 2018, he began to serve his three-year probationary period, during which he had to spend 12 hours a day at the Qasr Al Nil Police Station in Cairo. On 10 September 2019, Moka was forcibly disappeared during his daily probation session at Qasr Al Nil Police Station. A day later, he re-appeared at the office of the Supreme State Security Prosecution (SSSP), where he was interrogated in Case No. 1331 of 2019. He was accused of "joining a terrorist group, spreading false news, and misusing social media" by the prosecutor during the interrogation, and was ordered into pre-trial detention.

On 10 March 2020, a court ordered his release on probationary measures, which included reporting to a police station every few days. He was, however, never released. Instead, he was forcibly disappeared for 50 days. On 30 April 2020, the SSSP ordered Moka into pre-trial detention on new  charges of "joining a terrorist group, spreading false news, and misusing social media" – the same accusations he faced in the previous case.

On 22 September 2020, a court ordered the release of Moka. However, once again, the release order was never implemented. On 3 December 2020, after being held arbitrarily for over 70 days, the SSSP interrogated Moka for "establishment and funding of a terrorist organization." On 3 December 2020, he was ordered into pretrial detention in that case. He started a hunger strike to protest the Prosecutor's decision.

In mid-January 2021, Moka was transferred to Tora Prison, which is known for its inhumane detention conditions, such as lack of clean water, poor ventilation, and overcrowding. On 17 January 2021, he was hospitalized at Tora Prison Hospital for the first time, due to his deteriorating health. He had to be hospitalized several times afterward. On 3 February 2021, he ended his hunger strike.

Since Moka was detained in September 2019, two consecutive orders for his release have been preempted by the addition of new cases, allowing authorities to evade the two-year legal limit on pre-trial detention in Egypt.

In the first week of August 2021, Moka attempted suicide after he was denied a family visit. As punishment, Moka was placed in a disciplinary cell for 24 hours.

Accepting the award on behalf of Moka, one of his family members said: "I am sure that when Moka hears that he won this award he will be extremely happy and he will spend a happy night but when he wakes up the next day, he will be feeling disappointed and frustrated that he will be spending another day in prison."

Moka is among the thousands of people arbitrarily detained in Egypt, including human rights defenders, journalists, politicians, lawyers, and social media influencers. They remain in prolonged detention solely for exercising and defending fundamental human rights.

"Today I tried to be Moka's voice, and I want each of you to be his voice, until he comes out of prison alive," his family member said. "Freedom for Moka and all detainees."

We, the undersigned organizations, call on the Egyptian government to immediately and unconditionally release Abdulrahaman Tarek.

FIDH, within the framework of the Observatory for the Protection of Human Rights Defenders

The Egyptian Commission for Rights and Freedoms

World Organisation Against Torture (OMCT), within the framework of the Observatory for the Protection of Human Rights Defenders

Inside the Global Hunt to Recover Libya's Stolen, Gadhafi-Era Assets 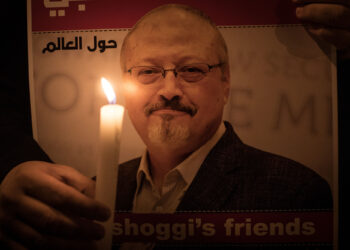 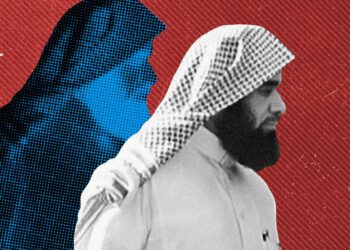 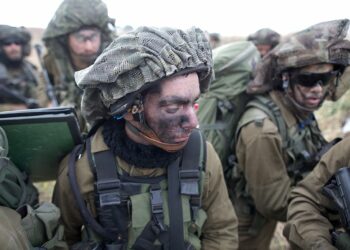 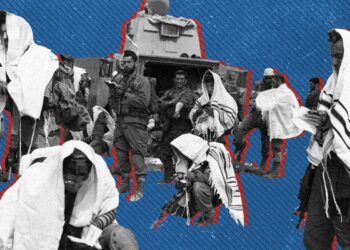