Major General Tarek Marzouk is the Assistant Minister of Interior for Prisons, commonly referred to as the Head of Prisons Authority in Egypt.

In short, Marzouk is the senior most government official charged with overseeing Egypt's prisons, including the health and safety of prisoners and conditions within the prisons.

As the senior government official responsible for overseeing Egypt's prisons, Marzouk is responsible for the well-documented, widespread, and systematic human rights violations, in particular torture and inhumane conditions, in these prisons. He has failed to curb the abuses in Egypt's prisons, which human rights organizations have described as crimes against humanity.

Egypt's prisons feature systematic torture, prisoner abuse, and appalling living conditions. Prison officials often deprive detainees of basic rights, while forcing them to live in cruel and inhumane conditions. Medical neglect, with limited access to medical care and medicine, is rampant in Egypt's prisons, contributing to the deaths of 59 prisoners in custody in 2021. In addition, prison officials have prohibited democracy activists, human rights defenders, and opposition politicians held in prison from receiving family visits, often for long periods on arbitrary grounds, and regularly detained them in solitary confinement.

"Tarek Marzouk is responsible for Egypt's prisons and thus the systematic torture and appalling conditions found within these prisons," said Sarah Leah Whitson, Executive Director of Democracy for the Arab World Now (DAWN). "Torture, prisoner abuse, and medical neglect are hallmarks of Egypt's prisons and for the more than 60,000 political prisoners held inside these prisons. Marzouk and other enablers of Sisi's authoritarian regime must be held accountable."

Prison conditions in Egypt are among the worst in the world, as documented by numerous sources, including a 2021 report published by Amnesty International. Depriving prisoners of basic goods makes enduring these conditions even more challenging, and prison officials routinely fail to provide appropriate food, bedding, and clothing, as well as cleaning supplies and personal hygiene materials to detainees. Prisoners regularly report sleeping on bare floors, with little to no electricity, in extreme cold, often in purposefully overcrowded cells, and with virtually no access to light or fresh air. The totality of this abuse and deprivation is to dehumanize the prisoner, which in turn provides a stark warning to Egyptians that would oppose the government or call for democratic reform.

Under President Abdel Fattah el-Sisi, Egyptian police and national security officials regularly torture political dissidents by beatings, electric shocks, stress positions, and even rape. Torture is so widespread that in 2017, the United Nations Committee against Torture concluded that the facts "lead to the inescapable conclusion that torture is a systematic practice in Egypt." Prisons serve as one of the main sites of torture within Egypt, and even children face arbitrary detention and physical abuse amounting to torture.

A few days after his appointment as Head of Prisons Authority, Marzouk stated that what is being reported abroad about how Egyptian prisons are run is tainted by lies and slander, and that the government applies the law equally to all individuals without exception. But a closer look at Marzouk's record reveals the massive scale of violations in Egyptian prisons under his leadership. For example, in March 2021, We Record, a human rights platform tracking and documenting human rights violations in the MENA region, reported that prison administrators at al-Qanater Prison prevented food and essential items for the detainees from entering the prison. This ban included food, personal hygiene products, winter clothes, and blankets.

These actions violate Egyptian law. Article 16 of the Prisons Law (No. 396 of 1956, amended in January 2015) requires that those held in pretrial detention receive adequate food and also allows detainees to receive food from outside the prison, purchase food inside the prison, or have food provided by prison officials. However, prison officials often deny those held in pretrial detention food brought from their families. Officials often accept or reject different foods arbitrarily, relying on vague national security and public safety reasons and abusing the power of their position. In many cases, prison officials go even further, denying medicine, food, clothes, and books from a prisoner's family. The end result is to punish the prisoner and to undermine family support.

Egyptian prisoners often endure dangerous conditions due to substandard or purposefully neglected health and sanitation. Prison officials deny these facts and present Egyptian prisons as clean and safe places. This misleading practice includes insisting on falsehoods related to prisoner health and the coronavirus pandemic. In May 2021, Marzouk stressed that there were no cases of COVID infection in Egyptian prisons, adding that no single case had been detected due to the strict precautionary measures taken by the Minister of Interior. Marzouk claimed that these precautionary measures included disinfecting all prison cells on a daily basis, ensuring social distancing inside dining halls, libraries, mosques, and prison hospitals, requiring all prisoners to wear masks, and conducting examinations and temperature checks of prison visitors.

Despite these claims, monitoring organizations have attributed several recent prison deaths at least partially to COVID infections. The full extent of prison illness and death from the coronavirus remains unknown. However, these figures are likely significant due to the poor living conditions of most prisons. Earlier deaths also suggest a high if hidden amount of illness and deaths stemming from the pandemic. For example, on February 4, 2021, We Record documented the death of three detainees due to the coronavirus.

The unwillingness of Marzouk and the Prisons Authority to speak truthfully about COVID infections within the prisons underscores the larger issue of medical negligence and the purposeful withholding of medical treatment. These unlawful practices are widespread within Egyptian prisons and pose a serious threat to the health and wellbeing of prisoners. For example, in April 2021, the family of Hisham Abdel Aziz, an Egyptian journalist who has been in pretrial detention since his June 20, 2019 arrest, called on Egyptian security officials to release Abdel Aziz due to health concerns. Abdel Aziz needs to undergo a surgery in his right eye or he will lose sight. The Prisons Authority refused to act and Abdel Aziz remains imprisoned. Prison officials have systematically denied adequate medical care for prisoners in need and hundreds have died in prison. The Egyptian government refuses to release data on those detained, so the actual number of deaths is likely much higher.

"Tarek Marzouk is responsible for Egypt's prisons and thus the systematic torture and appalling conditions found within these prisons."

In addition to the deprivation of food, medicine, and essential goods, torture and physical abuse is common. At Shebin al-Kom Prison, the prison warden and other prison officials assaulted a group of prisoners after they reported poor prison conditions to a government committee inspecting the prison. On March 7, 2021, during a court session at Shebin al-Kom Court, these detainees testified that prison officials searched their cells and handcuffed their hands behind their backs before severely assaulting them. After this assault, officials transferred some detainees to the special wards and others to disciplinary wards. No prison officials were reprimanded or punished for these actions.

Most political prisoners are detained for exercising their freedom of association and freedom of speech and Egyptian prisons have struggled to keep pace with political arrests. The Egyptian government has opened at least 34 new prisons since Sisi came to power in a 2013 military coup, and the Ministry of Interior announced the opening of eight more prisons in June 2021. In October 2021, the Ministry announced the inauguration of Wadi El Natroon Correction and Rehabilitation Center, a massive new prison complex that once fully operational, will take the place of 12 smaller prisons.

Marzouk was appointed Head of Prisons Authority on January 12, 2021, but he served in numerous security roles before this appointment. Marzouk served as Head of the Giza Security Directorate in December 2019 after the Minister of Interior appointed him as Hikimidar of the Capital in July 2019. Marzouk's government career spans nearly thirty years at the Ministry of Interior, including roles at the Public Funds Investigations Department in the Illicit Gain Department, various positions in Cairo, and Assistant Director of Security at the Aswan Security Directorate before his appointment to Giza.

Marzouk may be criminally responsible for these acts, since as Head of Prisons Authority, he knew or should have known of the crimes of torture being committed throughout Egypt's prisons and he failed to prevent or punish these crimes. Under the doctrine of command or superior responsibility, Marzouk is responsible for the conduct of his subordinates, and may be criminally responsible for their crimes because of his superior-subordinate relationship with the perpetrators, because he knew or had reason to know that these crimes had been committed or were about to be committed, and because despite this knowledge, he willfully failed to prevent or punish these crimes. This doctrine forms part of customary international law and may apply to civilians and military commanders.

DAWN requested a response from Marzouk on February 4, 2022 but he has not replied as of publication.

Tell Marzouk to stop human rights abuses in Egyptian prisons. Write to him on Twitter and Facebook.

Tyrants need enablers who will implement their oppressive practices, even if it means abusing their fellow citizens. These agents often mask their complicity in the guise of professionals exercising their duties in offices, courtrooms, police stations, and interrogation rooms. DAWN seeks to disclose the identity of the state agents who enable repression and to make them recognizable at home and abroad. These individuals, whom DAWN calls "culprits," bear administrative, civil, moral, legal, or political responsibility for human rights abuses or international humanitarian law violations. 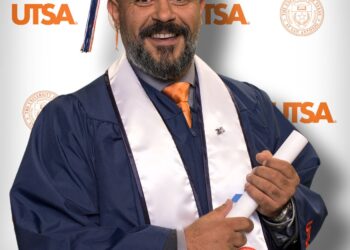 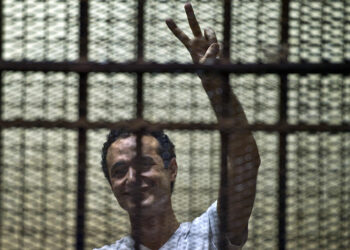 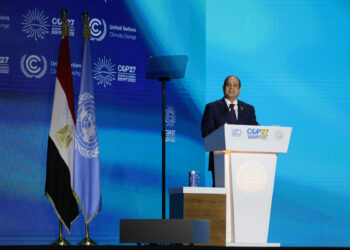