In an interview with Democracy for the Arab World (DAWN) conducted on July 12, 2020 via Signal messaging App, a leading health professional in Egypt said that the country's "medical teams were under extreme pressure" during the fight against the COVID-19 pandemic between March and June of this year.

According to the official numbers from the Egyptian Ministry of Health and Population published on July 27, 2020, the virus has infected 92,482 people and killed 4,652 since the first Egyptian COVID-19 case was confirmed on March 5, 2020.

The health professional, who spoke to DAWN on the condition of anonymity for fear of retribution, said that the government's "poor support [to] medical teams" and "unsound decisions" have contributed to the increasing severity of the crisis. Rather than listening to medical professionals, the Egyptian authorities have sought to silence them since the beginning of the outbreak in Egypt.

Physicians such as Dr. Alaa Shaaban Hamida, pharmacists such as Mohammed Kamel Ghanem el-Sayes, and journalists such as Mohamed Monir, who treated patients with COVID-19, or criticized the government's mismanagement of the crisis, were unlawfully detained. They have been accused of "spreading false news" and "panic."

The Supreme State Security Prosecution's (SSSP) Case No. 558/2020 (commonly referred to as the Coronavirus case) included many citizens who have disappeared and have been unlawfully detained for expressing their opinions or spreading information that challenges the official Egyptian Government narrative.

The health professional who spoke to DAWN has been leading the implementation of new COVID-19 regulations issued by the Directorate of Health Affairs in the governorate where his/her hospital is located.

What is the current situation of the COVID-19 pandemic at your hospital?

The situation is far better now than it was before the middle of June. Now, for instance, the occupancy rate of quarantine beds for COVID-19 patients has dropped to less than 50%. Also, more personal protective equipment and medical supplies are available.

How was the situation before the middle of June? How many quarantine beds are at your hospital?

It was very difficult; the medical teams were under extreme pressure. We have 80 quarantine beds, and from March 15th to June 15th, the occupancy rate was 100%. Unfortunately, we were so crowded in this time period that we had to turn away many patients. We referred them to other public hospitals in the governorate, hoping that there would be beds for them there.

What do you think contributed to the severity of the crisis in Egypt?

The late decision to enforce a total lockdown, which actually has never been enforced. And the poor support provided to medical teams. The situation since mid-June is getting better, but before that there was always a shortage of protective clothing and equipment. For example, if you requested 500 units from the Ministry of Health and Population, you might get 100. However, I should mention that there were always donations from wealthy individuals and the local community to cover these shortages.

Also, despite the Ministry banning all vacations by medical staff to ensure that the health system operates at full capacity—even maternal leave is on hold now—there is still such a severe lack of physicians and nurses that they are forced to shuttle between patients without rest. I heard that in the two weeks from March 15th to the beginning of April, thousands of maternity leave applications were submitted, prompting the Ministry to ban new requests. The Ministry also attempted to solve this problem by rotating physicians and nurses between cities and districts within the same governorate, but this was not very effective due to the pressure exerted by local communities to keep their own medical professionals.

We have to deal with unsound and ill-thought policy decisions. For instance, the Undersecretary of the Ministry recently ordered our hospital director to increase inpatient capacity for COVID-19 patients from 80 to 100 beds. His rationale was that the current number of beds is always full. But he missed the point that additional beds will not treat patients by themselves; more doctors and nurses are needed to provide the care.

The government's public communications regarding proper treatment protocols have been chaotic. The Egyptian Drug Authority (EDA)—the Ministry of Health's pharmaceutical regulatory body—approved the usage of a specific medication one day only to disapprove it later. Similarly, the EDA first stated there is no protective medication against COVID-19, and then later lauded the soaring production of protective medication in the Egyptian market.

Are there cases of COVID-19 infection or death among frontline healthcare workers?

Two of our physicians were infected. Unfortunately, one died, but the other was hospitalized in the central quarantine hospital in Ismailia and later, thankfully, recovered. Eight members of the nursing staff were self-quarantined at their homes. Given the national statistics, the situation of the medical teams in our hospital is far better than others.

How did the medical services in the hospital change due to the crisis? Have certain categories of patients been negatively affected as a consequence?

Two entire buildings in the hospital were designated a Quarantine Center, and some units, such as the Cardiovascular intensive care unit (CICU), have been closed. This is a problem for those in our community suffering from chronic heart disease and vulnerable to heart attack. When questioned about this decision, the administration responded "this is the protocol of the Ministry […] Now, there are dedicated hospitals for these patients."

Can you describe in detail the medical protocol to deal with a suspected COVID-19 case from entrance/admission to the hospital to recovery/discharge or death? Do you swab test him/her?

We do not use swabs when first diagnosing a suspected case, because the test costs around 2000 EGP. Instead, we do Complete Blood Count (CBC) and chest X-ray tests, in accordance with the Ministry's protocols. The X-ray normally costs only 100 EGP, but private hospitals now charge between 200-500. If the test results, particularly the number of White Blood Cells and Lymphocytes, indicate possible COVID infection, we direct the patient to self-quarantine at home for 14 days. But if the patient can't breathe normally, he is admitted to hospital and provided with oxygen for five days. If his situation improves, we discharge him to self-quarantine at home for 14 days. If the symptoms persist, only then do we swab the patient, and if positive, monitor his situation.

Isn't that a long time for severely sick patients to wait before reaching the ventilator phase? What is the survival rate for those on ventilator (not oxygen supply)?

It is a long time, but we have to act according to Ministry directives and available resources. The survival rate for those put on a ventilator is almost zero. No one recovered.

How many ventilators does your hospital have?

We have eight ventilators; they are not enough.

Late in June, the President inaugurated a field quarantine hospital established by the army and equipped with 4000 beds, ambulances and helicopters. How do you view that?

As I said, the number of beds is not the crucial factor in this crisis, but rather the number and capacity of the medical teams.

What do you think of the media coverage of the COVID-19 crisis?

I think they lie all the time. One day it was reported that the total number of COVID-19 deaths all over Egypt was 50 cases. This can't be true; on that particular day there were 15 deaths in our hospital alone. It is impossible for one public hospital in lower Egypt to account for 30% of mortality across the whole nation. From that day on, I have been sure that official announcements about the numbers of COVID infections and deaths are totally divorced from reality.

The magnitude of the reported assault by citizens against physicians and nurses suggests that there is no protection by the police, is that so?

I do not know what to say! The police are trying to do something, but it is much less than what should be done. Do not forget that the resources in our country are limited.

Your hospital serves citizens in cities and villages from different social classes. To what extent have you witnessed disparities in infection and death rates, between, let's say, the rich and the poor, cities and villages, men and women?

In my experience, I have not observed a difference in these rates between men and women. The only clear point is that old people are much worse affected than young people. Rich people usually do not seek help from public hospitals, as they have the means to benefit from the service of private hospitals. I do think villagers and farmers were more affected than city dwellers. During the three months from mid-March to mid-June, 75 death cases were registered for city residents, compared to almost 180 from one of the satellite villages around it. This is a significant difference when we consider that there are tens of other villages belonging to the same city. We also know that many cases, especially in poor and rural communities, are never treated, so their causes of death are not officially registered as COVID-related.

If true, what do you think are the reasons for this city-village disparity?

I think the level of awareness plays a role. Plus, there is no reliable health service in villages. While every village has a Health Unit (Wehda Sehheyya), most consist of nothing more than some medication boxes and first aid kits. In many villages, pharmacies, not clinics or hospitals, are the primary healthcare provider!

In April, Egypt's Grand Mufti issued a fatwa (Islamic law ruling) prohibiting people from refusing to accept for burial the bodies of relatives who died from COVID-19. How are people dealing with their deceased relatives?

Many people refused to receive the bodies of family members who died of COVID-19. This forced the hospital to deliver the dead body in an ambulance directly to the burial ground. But when the numbers of infections and deaths increased, the hospital could not afford to dedicate its ambulance vehicles for that purpose. Thus the hospital decided to take the measure, normally carried out by the families themselves, of washing the corpus in preparation for burial. This left families with no excuse to refuse the body for fear of contracting the disease.

You said the situation, in general, is improving. Has the country passed the peak of this pandemic? Are there any instructions to prevent or manage a possible second wave?

I do not know; I hope that the worst moments of the crisis are behind us. To my knowledge, there are no new regulations for what could happen other than measures already in place, such as suspending vacation leave for medical teams, designating entire hospital buildings as quarantine facilities, and providing needed supplies and equipment.

Nothing more than, if the country really wants to fight such a horrible disease, its medical teams should be supported and taken care of in every possible way. Not arrested or threatened. A few weeks ago, the Prime Minister stated that the COVID-19 crisis in Egypt occurred because many physicians abandoned their work! This is not true. The General Syndicate of Doctors and other health care syndicates are trying with full force to fight against the pandemic, but it is the government and the Ministry of Health and Population that have the resources and authority to make the situation better.

*This interview was conducted on July 12, 2020 via Signal messaging App. *

The Verdict in the Khashoggi Murder Isn't Final By Any Stretch 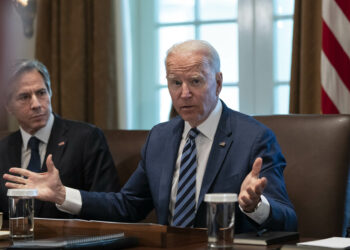 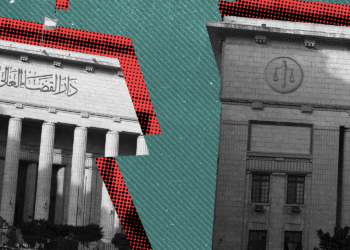 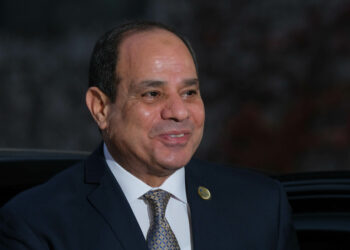 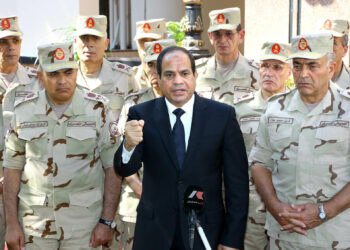 Eight years ago this month, Egyptian President Abdel Fattah al-Sisi, then Defense Minister, announced the removal of the country’s...