Ahmad Algohbary is a freelance Yemeni journalist who has reported on the Yemen war for international media since it broke out in 2015.

It had been one month since the start of the bombing raids. It was night-time, and I was with a friend from childhood, Bilal Alshabibi, 22. We were speaking about the Saudi-led war and the bombing raids, wondering if the American-supplied smart bombs might at some point miss their targets, and find their way into our apartments in the Yemeni capital, Sana'a. They had missed their mark before, hitting a school, a bus, a marketplace, leaving scenes of death and destruction.

Bilal and I giggled, then fell asleep. The bombs didn't, blasting and reverberating all through the night. That was the last time I saw Bilal. In the early morning of the next day, on April 20, 2015, a massive bomb dropped by a Saudi fighter jet hit a hilltop in the western part of the capital. The secondary explosion killed dozens of civilians, including Bilal.

March 26 of this year marks the sixth anniversary of the war that the Saudis launched along with American and other Western nations' support to defeat the Houthi movement that had toppled the Saudi-allied government. The war has failed to check the Houthis' power. On the contrary, the Houthis have grown more powerful over the course of the war. While the Saudis have failed to subdue the Houthis, their bombing campaign and air and naval blockade have annihilated an already fragile economy and killed thousands of Yemeni civilians, creating what the UN has called the world's largest humanitarian disaster.

While the Saudis, prodded by the new US administration, are now looking for a way out of the quagmire of the war, Riyadh's diplomacy has so far been unsuccessful.  Meanwhile, the humanitarian catastrophe in Yemen has only worsened.  The Saudis continue to punish Yemeni civilians by using the air and naval blockade as a bargaining chip to exact concessions from the Houthis, who have no intention of giving in and have very different ideas about how the war should end.

I also have my own ideas about how the war should end. I believe that in order to achieve lasting peace and not a temporary ceasefire, the Saudis must pay for their war crimes.  They can't bring back the dead, but they can pay reparations to Yemen and the war's victims. As a first step, the Saudis should investigate their own conduct in the war and seek to understand the magnitude of destruction and death they have caused in Yemen. After their own internal deliberations, the Saudis should publicly apologize to the Yemeni people. While such an apology would be largely symbolic, it would lay an important foundation for reconciliation between the two countries. Acknowledging one's mistake to your enemy is the way Yemenis resolve their own tribal disputes, including violent struggles that cause mass deaths. Yes, the Saudis have killed thousands of Yemenis as a result of military operations and their aftereffects, but it's not too late to make peace. One need look no further than the Yemeni tribal arbitration process, which provides a model for successfully resolving complex and violent disputes. Deeply entrenched in Yemeni society, the tribal norm of acknowledging wrongdoing has enabled even the most bitter of enemies to make peace.

The gesture of acknowledgement obliges the party upon whom the injustice was inflicted to accept the apology and ask for a fair resolution. Resolution often takes the form of compensation and guarantees that such wrongdoing won't be repeated. For the Saudis, this process would involve a public apology and an end to all military operations and actions, including bombing runs and the blockade. In return, the Houthis would end the missile and drone attacks they have launched at Saudi Arabia as retaliation.

If the Saudis take the steps described above, the Houthis will be under enormous pressure to reciprocate by ending their military operations. If the Houthis choose, despite Saudi's apology and demobilization, to prolong the conflict, they would lose a great deal of popular support all across Yemen. The Houthis seem to understand this and have already showed and conveyed a willingness to consider Saudi peace initiatives.

Following an apology and a truce, the Saudis should take the most important step at achieving a durable solution to the Yemen war: compensating the war's victims. The Saudis, of course, have the means to do that, and they should do it immediately. Largely defenseless, Yemenis have felt a great a sense of humiliation as the Saudis have killed combatants and civilians indiscriminately. The great toll of casualties has resulted in a popular outcry among the public and calls for revenge against the Saudis. A new Yemeni generation has been born knowing no enemy but Saudi Arabia. The Yemeni public, in public discourse and private discussion, has exhibited a hunger for revenge and resistance against the Saudis that can only be sated by direct and transparent action by Saudi Arabia to make amends.

Saudi reparations should go to individual victims and toward more general purposes in order to boost the Yemeni economy and restore public services. Absent reparations, the Yemenis will nurture a deep sense of grievance against the Saudis that is already brewing in the country and that will prevent real peace between the two countries.

The time has come for the Saudis to try and repair, as best they can, the damage they have wrought over six years of war. They should do it now before it's too late. Riyadh can choose to have once again a peaceful neighbor, or an enemy at its southern border. Saudi self-interest requires that they take the path of peace.

There are hopeful signs. The Americans and Saudis have spoken positively about the UN-brokered peace plan. In order to achieve a sound peace plan that is acceptable to all, though, the Saudis must apologize and compensate the war victims. Only then will the Yemeni people put the war in the past and move forward in peace.

Photo credit: People search for survivors under the rubble of a house destroyed by an airstrike from the Saudi-led coalition, which killed eight members of one family and injured 15 others, in Amran Governorate, north of Sana'a, Yemen, June 25, 2018. (Photo by Mohammed Hamoud/Getty Images) 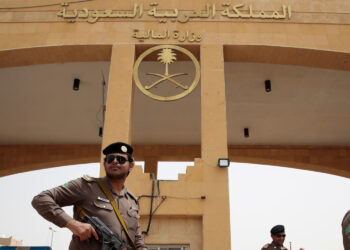 Saudi abuse of Yemeni migrants is on the rise, as Saudi Arabia’s war in Yemen has dragged on. “There’s... 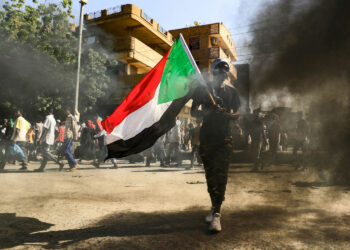 Last month’s military coup in Sudan has once again disrupted the aspirations of the Sudanese people to break their... 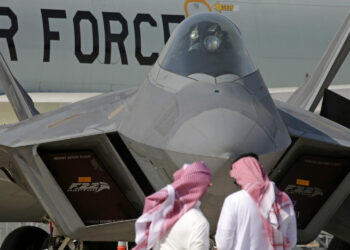 Is 'Little Sparta' Stepping Back? How the UAE Is Recalibrating in the Gulf

The United Arab Emirates has been projecting itself militarily across the region for several years, but now says it...