Mike Eisner is the General Counsel and Chief Operating Officer of DAWN (Democracy for the Arab World Now). Abdullah Alaoudh is the director of research for the Gulf Region at DAWN

The defendants had endured brutal torture and forced confessions at the hands of Saudi security forces. They were Shiites from the restive eastern provinces of Saudi Arabia. The charges against them stemmed from their involvement in a rare outbreak of popular protests for reform, and included "supporting demonstrations," "distorting the reputation of the kingdom," and attempting to "spread the Shia confession." On December 6, 2016, Saudi Judge Abdulaziz bin Medawi al-Jaber passed his judgment, finding the 15 men guilty and sentencing them to death by beheading. He further ordered the most severe punishment under Islamic law for one of the defendants, beheading followed by a public display of the corpse.

In December 2018, four months before the execution of the 15, Judge al-Jaber stood inside another courtroom in a different country. He had no power over life and death here. He was a visitor, representing the Saudi Ministry of Justice on a tour of the American court system that culminated in a visit to the Supreme Court.

Al-Jaber's jaunt through the halls of our most hallowed sites raises difficult questions for the United States. How should we treat him and the other senior government officials, the bureaucrats of friendly autocratic regimes, who oversee apparatuses of persecution, torture, and even murder?

Should we welcome them to our shores and roll out the red carpet, host them at conferences and symposia? Should we engage in official ceremonies to highlight the cooperation between our two countries, as Attorney General William Barr did in July 2019, with Egypt's former public prosecutor Nabil Sadek, who oversaw the arrest and pretrial detention of thousands of peaceful activists, without evidence, charges, or any semblance of due process?

Sometimes these state agents labor in the shadows. Yet many others operate in plain sight, often leaving a paper trail. This was true of Saudi Attorney General Saud al-Mojeb, who declined to charge Saud al-Qahtani in the murder of Jamal Khashoggi, by many accounts the mastermind behind the killing, but who is seeking the death penalty for the prominent cleric Salman Alodah. The absurd, farcical charges against Alodah include "corruption on earth," "expressing cynicism and sarcasm about the government's achievements," and "praising the Turkish experience."

Today, October 2, is the second anniversary of the brutal murder of the journalist and dissident Jamal Khashoggi. In the wake of the international outcry following his death, Western governments took action against most of those clearly implicated in the killing.

They condemned the murder and imposed travel bans and sanctions on the hit team members, effectively marking Khashoggi's killers as international pariahs, unwelcome across much of the world. Though he avoided formal sanction, Crown Prince Mohammad bin Salman too has paid a price, his reputation stained indelibly by the murder, his name forever linked with that of Jamal Khashoggi. The specter of lawsuits hangs over those involved in the murder, including MBS, who has not set foot in the U.S. or Europe since the episode, knowing he could be subpoenaed in civil suits or even detained on criminal charges.

Judge al-Jaber, Attorney General al-Mojeb, former public prosecutor Sadek, and thousands of other bureaucratic functionaries of autocratic governments in the Middle East and North Africa are just as guilty of terrible abuses as the killers of Khashoggi. Indeed, many of these functionaries exact a far greater toll in blood on their fellow citizens than those sanctioned worldwide for their role in Khashoggi's murder.

And yet they manage to evade any consequences for their actions by hiding behind the veneer of "official duties." Some of them even get to enjoy the perks of their office courtesy of the United States and other Western countries, which provide them with tours and pomp and circumstance befitting honored foreign dignitaries.

Drawing on public and confidential sources in-country, DAWN, the organization founded by Jamal Khashoggi two years ago, is identifying these functionaries and documenting their malign activities in a Culprits Gallery of human rights offenders. We seek to shatter the façade of officialdom to reveal the culprits for who they are—human rights abusers and criminals who have violated international human rights obligations and in many instances their own domestic law.

Justice for the victims of these cogs in the wheel of oppression might well be elusive. Nevertheless, we remain true to our own democratic principles and honor the legacy of Jamal Khashoggi, not by feting these human rights offenders, but by excluding, shunning, and sanctioning them, and putting on notice other would-be culprits that they too will pay a price.

Abdullah Alaoudh is the director of research for the Gulf Region at Democracy for the Arab World Now (DAWN). Michael Eisner is the general counsel of DAWN and former State Department attorney-adviser. Jamal Khashoggi founded DAWN in June 2018. Today is the second anniversary of his murder. 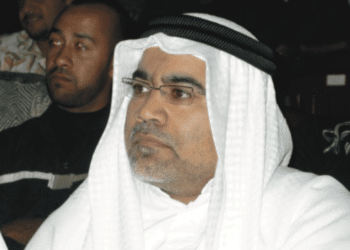 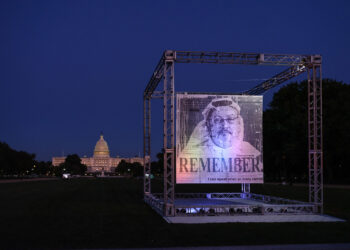 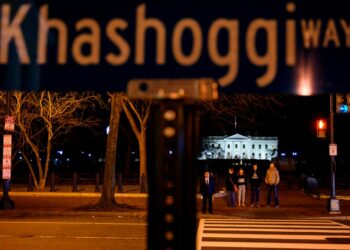 DAWN helps lead a coalition of 46 other organizations urging members of Congress to oppose the Biden administration's $650million...