In light of the 80th Session of the Convention on the Elimination of All Forms of Discrimination Against Women (CEDAW) this month, DAWN partners with a group of organizations urging the Egyptian government to commit to promoting women's rights.

Gender discrimination has been a long-standing crisis in Egypt for far too long. With the 80th Session of the Convention on the Elimination of All Forms of Discrimination Against Women (CEDAW) taking place this month, we urge the Egyptian government to commit to promoting and protecting the rights of women and girls, and to ban laws and practices that perpetuate violence and discrimination against them.

The signatories listed below – grassroots women's organizations, survivors of various forms of violence, and international organizations are demanding that the Egyptian government take immediate steps to enhance the rights of women and girls in all areas of life, including ending female genital mutilation (FGM), child marriage, sexual violence, and gender discrimination in the text of the country's laws.

With 27.2 million affected – around 90% of the female population – Egypt has one of the highest number of survivors of FGM in the world. Confirmed reports of the deaths of girls from FGM have shocked the world – starting with 13-year-old Soheir al-Batea, who was killed by a doctor who performed FGM on her in 2013. Dr. Raslan Fadl was sentenced to three years in prison, but ultimately spent only a few weeks behind bars — after the police service failed to prioritize his arrest.

It's clear that when perpetrators are eventually arrested and convicted, they are given extremely short and suspended sentences, such as when 17-year-old Mayar Mohamed Moussa was killed in 2017 — and just over one year ago when yet another girl, 12-year-old Nada Hassan Abdel-Maqsoud, died in a private medical clinic in Manfalout. The Egyptian government seems to want to give the impression that it is dealing with this issue, but unless it holds medical professionals to account it is not going to end FGM anytime soon.

Sexual abuse of girls under the term "child marriage" continues to happen, with perpetrators enjoying impunity. Furthermore, victims and survivors of sexual abuse are rarely believed — or are told that they must have caused the abuse to take place themselves. Incredibly, they are regularly made to feel the "shame" of the horrific event, which takes away their sense of safety. A sea change in the way men are educated needs to happen from the ground up — this includes, but is not limited to reforming the educational system to teach young people about bodily autonomy. The judicial system also needs to prioritize the safety, health, well-being, and prosperity of women and girls in all areas, and seriously transparently, and promptly investigate all acts of sexual violence, including when men are husbands or relatives of the survivor. Authorities must also protect the identities of survivors and victims who come forth to share their experiences with sexual abuse, harassment, and violence.

In late 2019, an Egyptian feminist movement saw women, girls, and youth come forward in unprecedented numbers to break the fear barrier as they revealed harrowing lived experiences with sexual abuse, impunity for perpetrators, and sexual harassment. The survivors demanded justice for systemic sexual violence and gender discrimination that continues to plague many Egyptian homes and public spaces. Their pleas for bodily autonomy fell on deaf ears when in January 2021, the Egyptian cabinet proposed a personal status bill that would strip women of their basic rights even further.

The regressive draft law would have given fathers priority in child custody (mothers are currently given priority). It would also have allowed fathers to prevent mothers from traveling abroad with their children. In matters of marriage, a male guardian such as an uncle, father or brother must sign the marriage contract on behalf of the wife. The system of female oppression should be abolished, not revived. Women must have full rights over their bodies, both in marriage, health, and travel. Custody issues must be decided in accordance with international law and women must be able to move freely without needing a male's approval.

Although this proposed draft law is unlikely to be passed, we want more clarity to make sure it does not re-appear in a new format, given that it was proposed by the government and not a parliamentarian or political party member. We hope too that polygamy can be banned and that Egyptian law is amended to punish any man who marries more than one woman. This would reflect Egypt's 1956 Constitution, which guarantees equality for women and men. We understand that such changes need ground-up, societal, educational, and civic society work in order to not just be a top down legislation, but the government must not perpetuate patriarchal norms and ideas that emphasize harmful narratives.

Egyptian women are calling for reforms from the grassroots, but are often met with harassment and state-sponsored repression. Since 2020, Egyptian authorities have launched a highly abusive campaign against women social media influencers and have prosecuted over a dozen of them under vague morality and public indecency laws. Even when prominent influencer Haneen Hossam was acquitted, authorities re-arrested her in 2021 and charged her with human trafficking for merely using social media in ways that challenge traditional patriarchal norms in Egyptian society. Human rights activists in Egypt and around the world believe that this is a crackdown by Egyptian authorities targeting female social media influencers on charges that violate their rights to privacy, freedom of expression, non-discrimination and bodily autonomy.

We need to listen to young women and activists and call on international donors and decision makers to provide Egyptian women and girls with the support they need. The Egyptian government must be held to account and carry through the change that we all so desperately need, so that women and girls are free to live dignified and fulfilled lives.

Trial of Murdered Researcher Must Continue Despite Egypt's Failure to Cooperate 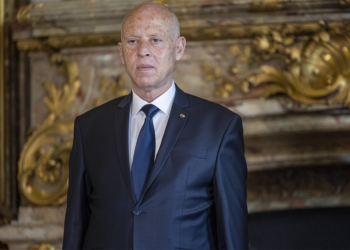 50 Organizations from faith, anti-war, and progressive communities urge President Biden to suspend military assistance until Tunisia is on... 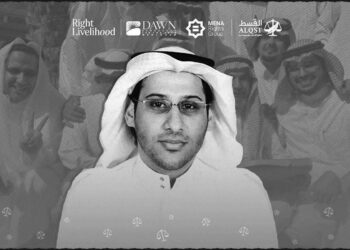 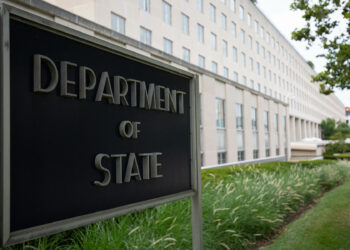 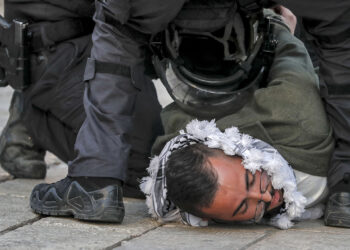 Over 90 organizations welcome the new report by the UN Special Rapporteur declaring Israel is committing crimes of apartheid...