He ordered arbitrary pretrial detentions, facilitated systematic pretrial and trial violations, protected those involved in the torture and sexual harassment of detained women activists, presided over the largest "anti-corruption" purge and shakedown of the Saudi business elite, and covered-up the investigation and unfair trials of 11 of Jamal Khashoggi's killers, while at the same protecting other perpetrators, including the country's Crown Prince. Instead of safeguarding rights and justice, he ensured that perpetrators of gross injustice went unpunished and their victims were denied their basic rights.

"Saud al-Mojeb is the complete opposite of a public official who should be entrusted with protecting rights and delivering justice," said Abdullah Alaoudh, Gulf Director at DAWN. "He should be answering for the many crimes since 2017 that he and his office are responsible for."

In June 2017, the Saudi royal court appointed al-Mojeb attorney general by a royal decree that also reorganized the office of public prosecution, transferring responsibility for it from the Minister of Interior to the King.

Four days later, Mohammad bin Salman, who would quickly become the de facto ruler of the country, was appointed Crown Prince. Soon afterwards, al-Mojeb presided over waves of arrests that targeted intellectuals, such as Salman Alodah, academics and human rights activists in September 2017. This was followed by mass arrests of leading business people and royal family members and their detention in the Ritz-Carlton hotel in Riyadh in November 2017.

In May 2018, security forces arrested Loujain Alhathloul and additional prominent women's rights activists. And in April 2019, security officers arrested more Saudi intellectuals. The official Saudi Press Agency, the state-controlled al-Jazirah newspaper, and other state-controlled media outlets made defamatory statements against the activists in their coverage of the arrests.

In his on-going term as attorney general, Al-Mojeb violated not only international law and norms, but also the Saudi national laws which he was hired to enforce.

He did so in the cases of Alodah and Alhathloul, whom Al-Mojeb kept in arbitrary pretrial detention for months without charging them and denied them access to their lawyers in violation of ِarticles 114 and 4 of Saudi Arabia's Law of Criminal Procedures, respectively (see this report for a complete list of legal and procedural violations in Alhathloul's case, and this on Alodah).

State security forces arrested Alodah without a warrant in September 2017 and have kept him in solitary confinement since then. The state prosecutor's office, led by Al-Mojeb, brought 37 charges against Alodah one year later and is seeking the death penalty for his peaceful activism and tweets.

Prison officials mistreated Alodah in detention and deprived him of sleep and necessary medications. Security forces have banned 19 members of his family from travelling abroad.

Al-Mojeb also denied that Alhathloul and other women activists were tortured, without carrying out an impartial and credible investigation.

Alhathloul and at least two other women claimed that security officials tortured them by electrocution, sexually assaulted them, and threatened them with rape and death, in addition to subjecting them to verbal abuse. Following a visit with Alhathloul, Alhathloul's parents told her sister that they noticed " [t]hat she could barely walk. That she could barely sit. That she had marks all over her body."

Al-Mojeb also played a key role in covering up the gruesome extrajudicial killing of DAWN founder and Washington Post journalist, Jamal Khashoggi, and hastily exonerated the Crown Prince of any responsibility. He visited Istanbul soon after the killing in October 2018, seemingly to better assess the evidence collected by the Turkish authorities, with the intention of protecting the Saudi state and Crown Prince, according to a well-connected pro-government columnist in Turkey's Hurriyet newspaper.

Al-Mojeb helped whitewash the Saudi Crown Prince's apparent involvement in the Khashoggi muder by representing the state in a tightly choreographed series of unfair trials that ended in December 2019 with the court handing down five death sentences (later commuted) and three prison terms for eight of the eleven who were put on trial in Saudi Arabia for Khasoggi's killings. Al-Mojeb did not charge Crown Prince Mohammed bin Salman with the crime.

In November 2017, al-Mojeb oversaw a purge of 381 Saudi royals and business people, whom security officials detained at the Ritz-Carlton hotel in Riyadh. Security officials beat and tortured many of the detainees, and released most of them after they paid large sums of money or transferred assets to the Saudi state.

"Saud Al-Mojeb's record as one of the most senior law-enforcement officers in Saudi Arabia is a shameful one," said Alaoudh. "International organizations and foreign governments should avoid inviting him to participate in events or visits, unless they are designed to address his human rights abuses."

Prior to assuming his current position, al-Mojeb served first as a judge in a first instance court and then as a member of the Supreme Judicial Council. His experience was almost exclusively limited to family law cases. He also continues to serve as a member of the controversial National Anti-Corruption Commission, headed by Crown Prince Mohammed bin Salman, which oversaw the arrests and mistreatment of members of the Saudi business elite.

DAWN requested a response from Mr. al-Mojeb by writing to the Saudi authorities on September 24, 2020, but no response was received by the time of publication. 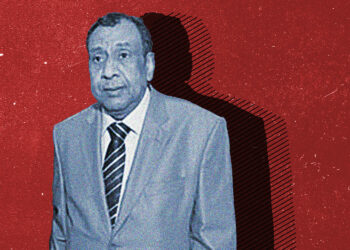 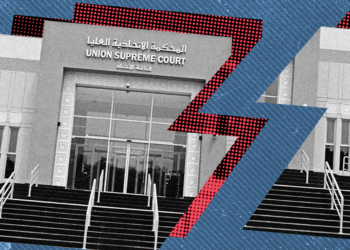 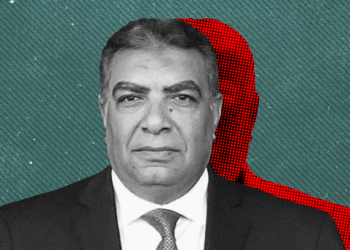