Palestinian poet Mosab Abu Toha's first book of poetry, Things You May Find Hidden in My Ear: Poems from Gaza, was just shortlisted for the 2022 Palestine Book Awards. In the words of one critic, Abu Toha's poetry "resists erasure and forgetting to imagine a future for Palestine: it is the 'rose … among the ruins of the house,' an image of survival that beckons the eternal return of beauty and justice." Last month, Democracy in Exile published a new poem from Gaza by Abu Toha, "Door on the Road," along with audio of the poet reading it himself.

At the time, Palestinian journalist Shireen Abu Akleh had just been shot and killed by an Israeli soldier while covering an Israeli military raid in the occupied West Bank. I opened my email to a brief message from Mosab recently: "I wrote a new poem after Shireen Abu Akleh was murdered in Jenin last month." Like "Door on the Road," his newest poem, "The Journalist in Jenin," is published here in Democracy in Exile for the first time, along with a recording of Abu Toha reading his latest work. 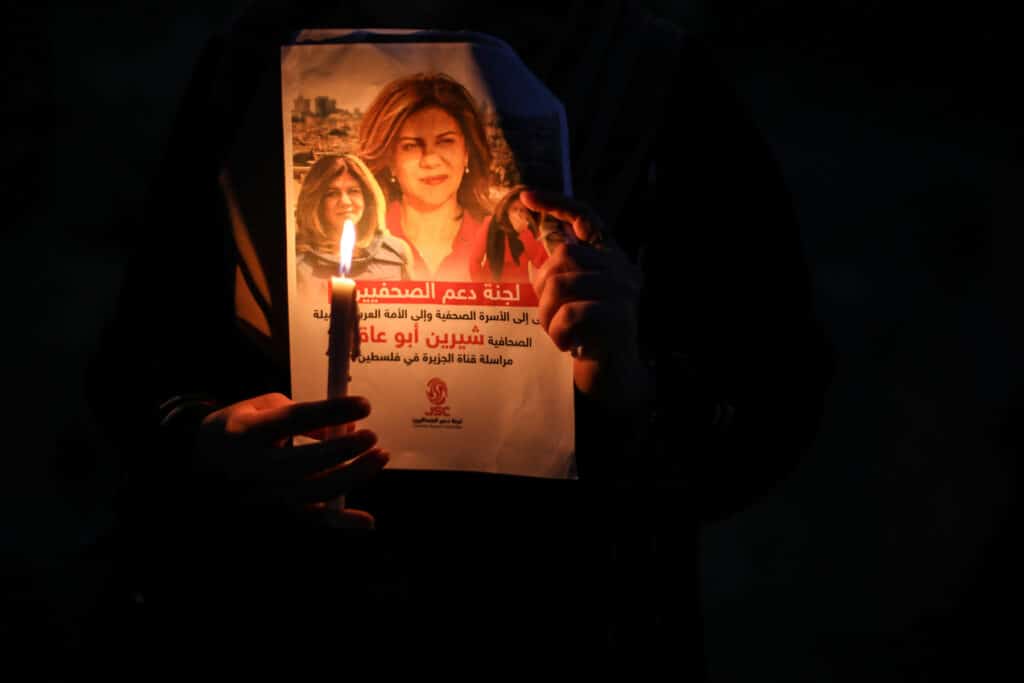 The Journalist in Jenin

That thing in her hand isn't a furled umbrella:

It's the microphone that records sounds

of birds, of air, of shooting, of warplanes,

and of weeping mums.

That notebook that's fallen from her pants pocket has

for her and her dog:

It has names and addresses of people to visit/interview

in the refugee camp.

That tree under which her body rests for minutes:

That tree isn't protecting her from the rain

That opening near her ear, below the helmet isn't for an earring:

It's from where her blood trickled onto the dew-covered ground,

watered the tree. It's from where her

And the children, their eyes

welled with tears, and it rains

Militarily and politically, the picture remains grim in the Middle East’s poorest country.

Despite Yemen’s Truce, Lasting Peace Is Still Far Off