(Washington, D.C., September 15, 2021)– Crown Prince of Saudi Arabia Mohammed bin Salman and his co-conspirators are subject to the jurisdiction of U.S. courts because their murder of U.S. resident Jamal Khashoggi intended to silence his speech in the United States and curtail his activism and influence with U.S. lawmakers through the organization he founded, Democracy for the Arab World Now (DAWN), said the organization today.

"Crown Prince Mohammed Bin Salman is seeking to evade justice and real accountability for the murder of Jamal Khashoggi by relying on indefensible jurisdictional arguments to avoid a trial on the merits in this courtroom," said Sarah Leah Whitson, Executive Director of DAWN. "The court, we hope, will not allow him to succeed, and grant Cengiz and DAWN their day in court."

"The Crown Prince was driven to abduct and murder Khashoggi because he hated Khashoggi's increasing influence with American lawmakers, making them aware of the Crown Prince's growing human rights abuses and advocating for an end to our government's support for the Crown Prince."

Ambassador Keith Harper of Jenner & Block and Faisal Gil, representing Cengiz and DAWN, filed a response to the motions to dismiss of defendants the Crown Prince and two other co-conspirators with direct involvement in Khashoggi's murder, Saud al-Qahtani, and Ahmed Al-Assiri, in U.S. District Court for the District of Columbia.

The lawsuit seeks significant civil damages, including punitive damages, for the murder of Khashoggi under the Alien Tort Claims Act, the Torture Victims Prevention Act, and state law prohibiting tortious interference with contract. The lawsuit also seeks discovery from American law enforcement, intelligence, and administration officials to provide further evidence that the Crown Prince ordered the extrajudicial killing of Khashoggi.

U.S. intelligence agencies have already established that the Crown Prince ordered the operation led by al-Qahtani and Assiri that resulted in the suffocation, murder and dismemberment of Khashoggi on October 2, 2018, while he visited the Saudi Arabian consulate in Istanbul, Turkey. Although the Crown Prince accepted responsibility for the murder by his agents, he has never revealed where they hid his remains.

"The Crown Prince was driven to abduct and murder Khashoggi because he hated Khashoggi's increasing influence with American lawmakers, making them aware of the Crown Prince's growing human rights abuses and advocating for an end to our government's support for the Crown Prince," Whitson said. "Khashoggi's advocacy with DAWN risked completely undermining the PR-fueled 'reformist' image that the Crown Prince had spent tens of millions cultivating to woo Americans."

"Successive US administrations have prioritized their perception of their own or national security interests in allowing Crown Prince MBS to escape accountability for the murder of Jamal."

Thus far, Crown Prince MBS has managed to escape accountability and sanction for the murder of Khashoggi. Though the Biden Administration to much fanfare announced the Khashoggi Ban to sanction foreign officials engaged in transnational repression, it failed for political reasons to apply the ban to the culprit most responsible for the creation of the ban, MBS. Fortunately, the U.S. federal court hearing the lawsuit will ignore such political considerations and instead follow the law and the facts, as set forth in the complaint, wherever they lead.

"Faced with the truth that Crown Prince MBS ordered the murder of Khashoggi, governments across the world, including the United States, have refused to sanction him," said Cengiz. "We now look to a U.S. courtroom to impose a penalty on the Crown Prince and deliver some measure of justice for this crime."

"Successive US administrations have prioritized their perception of their own or national security interests in allowing Crown Prince MBS to escape accountability for the murder of Jamal," Michael Eisner, DAWN's General Counsel, said.  "The district court, we hope, will place the rule of law above all other considerations, and will allow a trial by jury to proceed."

Based in Washington, DC, Gill Law Firm strives to provide quality legal aid representation to clients, extensively communicating with each client to understand their case and position. The firm builds strategies through extensive research and using their years of experience.

ABOUT DEMOCRACY FOR THE ARAB WORLD NOW (DAWN)

DAWN is an advocacy and research organization envisioned by the late Jamal Khashoggi along with concerned citizens and democracy activists from the Middle East. DAWN's founders recognize the need to continue Mr. Khashoggi's legacy by promoting political liberty, human rights, dignity, the rule of law, and justice in the the Middle East and North African region. 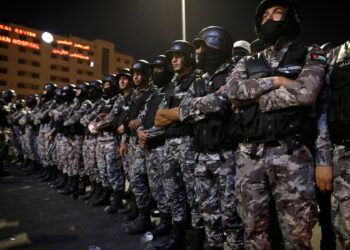 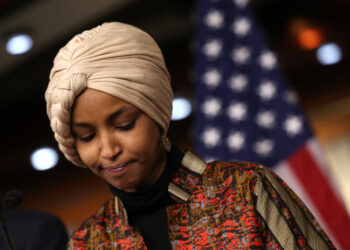