(Washington D.C., October 4, 2021) – The African Union (AU) should withdraw the observer status granted on July 22 to Israel, an apartheid state whose gross violations of human rights and ongoing war crimes and crimes against humanity directly contravene the principles and purpose of the AU, said Democracy for the Arab World Now (DAWN).

Israel's actions—especially its commission of the crime of apartheid and persecution—stand in fundamental opposition to the express terms of the AU's founding document, the Constitutive Act of the African Union, which stresses political independence, human dignity, and economic emancipation, as well as the African Charter on Human and Peoples' Rights, which calls for genuine independence and the elimination of apartheid, colonialism, and all forms of discrimination. At least 23 African Union member states now oppose the African Union's grant of observer status to Israel.

"To grant Israel observer status at the AU on the heels of Israel's recent atrocities in Gaza, while it displaces Palestinians, destroys their homes, and subjects them to a brutal system of apartheid is unconscionable," said Sarah Leah Whitson, Executive Director of DAWN. "The African Union should be in the vanguard of the struggle against the brutal domination of one group over another but instead has lent legitimacy to Israel's apartheid government."

Today, DAWN and the Legal Resources Centre in South Africa signed and supported a legal submission to the Executive Council of the African Union drafted by the International Centre of Justice for Palestinians (ICJP). This submission persuasively argues why the AU should not have granted Israel observer status, as well as why the AU should withdraw this status. As documented in the submission, Israel in no way meets the AU requirements for obtaining observer status. The Executive Council is set to take up this matter at its next session on October 13 and 14 in N'djamena, Chad.

"The well-documented crimes and violations of such an oppressive nature that the human dignity and independence of the Palestinian people is decisively suppressed plainly demonstrates that Israel does not embody the values and ideals that the African Union supports and aspires, and that the AU Commission's decision—made without considering the serious concerns of nearly half its membership—was in error," said Crispin Blunt MP, Director of ICJP.

"No State which has consistently demonstrated such a blatant disregard for the principles of the African Union, and for the rule of law, should be granted the privileges which come with Observer Status, including the ability to influence the very goals and values of the African Union," added Haydee Dijkstal, Chief Counsel instructed by the ICJP.

On July 22, the Commission of the African Union granted Israel observer status at the African Union, which Israel had been seeking unsuccessfully for the past two decades. Celebrated by Israel, this grant of observer status was a defeat for the millions of African people who consistently support the Palestinians' struggle for self-determination and freedom from Israeli occupation, and who like Palestinians, have endured the scourge of racism.

"The plight of the people of Palestine is undeniably similar to the plight of many Black South Africans under apartheid rule and we cannot condone or be indifferent to any State that colonizes and illegally occupies another and oppresses and subjugates its people. It is therefore unconscionable that the AU has granted Apartheid Israel observer status; it is not only an insult to the people of Palestine but to black South Africans particularly those of us who have worked tirelessly to free ourselves from colonial oppression and apartheid," said Sherylle Dass, Regional Director of Legal Resources Centre.

In naming Israel an observer, the AU Commission infringed upon one of the core principles of the AU "to promote and protect human and peoples' rights," as set forth in its founding document, the Constitutive Act of the African Union. In embracing Israel, the Commission provided cover to a government that routinely defies its human rights obligations and commits war crimes and the crime against humanity of apartheid and persecution.

"Instead of extending a warm welcome to Israel, the African Union should, given its history, recognize its special responsibility to oppose apartheid wherever it exists," said Raed Jarrar, DAWN's Advocacy Director.

In granting Israel observer status, the AU Commission engaged in a process that was neither transparent nor consultative and instead seemed a near-unilateral decision by AU Commission Chairperson Moussa Faki Mahamat. South African opposition groups, such as the Economic Freedom Fighters, quickly called for Faki's resignation and Algeria called for removing Israel's observer status. The South African government, with its own history of struggling against apartheid, called the move "shocking" and stated that it was "appalled" at the Commission's decision to extend observer status to Israel. The South African government also noted that the decision was "even more shocking in a year in which the oppressed people of Palestine were hounded by destructive bombardments and continued illegal settlements of their land."

The AU Commission's decision is especially puzzling as Faki strongly condemned Israel in May during the Israeli-Palestinian conflict over East Jerusalem evictions and stated that Israeli forces were acting "in stark violation of international law." The May violence claimed the lives of 260 Palestinians, including 129 civilians, as well as 10 Israelis and 3 foreign residents living in Israel.

More AU member states would have opposed Israel's grant of observer status, but were caught off guard by the surprise move, and had no opportunity to protest the decision. Since the grant, a significant number of AU member states, including South Africa, Namibia, Botswana, and Algeria, have expressed their strong disapproval of naming Israel an observer. In total, at least 23 of the 55 AU member states now oppose this decision, including all 16 states within the Southern African Development Community (SADC).

"African member states were clearly surprised by the non-transparent and shocking decision of July, but given the chance to respond, nearly half oppose this decision. Allowing Israel to remain an observer at the AU violates the spirit of the organization and threatens its unity, which is a key aspect of the AU's mission and purpose," said John Hursh, DAWN Program Director.

DAWN calls on the African Union to withdraw Israel's observer status. DAWN's call is endorsed by the following organizations:

The African Union should clarify its position by issuing a public statement opposing the crime of apartheid as committed by the Israeli government. DAWN also calls for the reconstitution of the UN Special Committee against Apartheid and reopening of the UN Centre against Apartheid. Numerous civil society organizations in Palestine, the Middle East, and Africa have urged the United Nations to take this action and South Africa and Namibia have publicly supported reconstituting the Special Committee against Apartheid while speaking at the United Nations.≈

Howard McKeon and his firm have made over $2 Million from lobbying for the Saudi Arabian government since 2016....

Three years since the murder of Jamal Khashoggi by Mohamed bin Salman (MBS) and his Saudi co-conspirators, the organization... 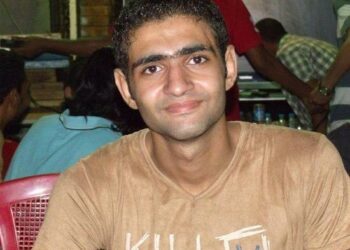 'Syria Is Like a Planet in My Head': Novelist Samar Yazbek on Writing in Exile