Edward "Ed" Royce, former Chair of the House Foreign Affairs Committee, is now Policy Director for the firm Brownstein Hyatt Farber Schreck (BHFS), where he represents the Ministries of Foreign Affairs for the abusive governments of Egypt and Saudi Arabia.

Royce wielded his political influence to schedule briefings and calls for the Egyptian Ministry and for the Egyptian Ambassador to the United States Motaz Zahran to meet with members of congress and their staffs. Securing this access to lawmakers is crucial to the Egyptian government's efforts to whitewash its abusive tactics and obscure Egypt's ongoing human rights crisis.

After fourteen terms in Congress, Royce retired from the House in 2019 and joined Brownstein in 2020. In addition to lobbying for the Egyptian and Saudi Ministries of Foreign Affairs, Royce also represents weapons manufacturer BAE Systems, which sells weapons to Saudi Arabia, and the oil giant ExxonMobil, which also has strong ties with Saudi Arabia. These corporations are at odds with Royce's previous work in Congress defending human rights and supporting international conservation.

Royce is a registered lobbyist for Egypt's Ministry of Foreign Affairs. According to a Department of Justice FARA Short Form Registration Statement from November 9, 2020, Royce agreed to provide the Ministry "government relations services and strategic counsel on matters before the U.S. Government." The same language appears in five subsequent Short Form Registration Statements, the most recent dating to December 1, 2021.

After agreeing to represent Egypt in November 2020, Royce quickly went to work. His lobbying for Egypt came at a time when the Egyptian government was working feverishly to remove the hold on $300 million of its $1.3 billion aid package that Congress had conditioned on broad civil society reforms and the implementation of laws and policies to improve Egypt's woeful human rights record. In September 2021, the State Department overrode these congressional efforts, reducing the amount withheld to $130 million, conditioned only on the release of sixteen unidentified political prisoners. It approved $170 million on top of the unconditioned $1 billion in military aid, most of which was weapons sales.

Royce and Brownstein have not disclosed, including in response to our written questions, whether their lobbying for Egypt included specific lobbying for this military assistance paid for by U.S. taxpayers.

In addition, in January 2021, Royce used his standing as former co-chair of the International Conservation Caucus to advocate for Egypt in its dispute with Ethiopia over the Grand Ethiopian Renaissance Dam (GERD). Egypt considers this issue an existential threat, as the dam supports a massive reservoir that could disrupt Egypt's water supply. Royce reached out to more than 100 congressional offices over three days to facilitate an Egyptian government briefing on the matter.

These efforts show that Royce is a key member of Brownstein's Egypt lobbying work, and help explain why the Egyptian government decided to pay the firm $65,000 per month when Royce agreed to provide his services to the government on November 9, 2020. Indeed, Royce agreed not only to work on the Egypt file, but also that he would act as a co-supervisor for the firm's policy and strategic communications on behalf of the Egyptian government.

Under President Sisi, Egypt's poor human rights record has become a human rights crisis. The State Department's 2020 Country Report on Human Rights in Egypt notes numerous gross violations of human rights including unlawful and arbitrary killings, extrajudicial killings by government agents, forced disappearances, torture, and cruel, inhuman, or degrading treatment. The Sisi government systematically attacks journalists and seeks to eliminate all dissent by violently suppressing freedom of speech, information, and assembly. There are at least 60,000 political prisoners in Egypt, thousands of which the government holds indefinitely without due process. Prison conditions are reprehensible, torture in prison is common, and prison officials often purposefully withhold medical care from sick prisoners. The United States contributes to these abuses by providing the Egyptian government $1.3 billion of military aid and extensive political support each year.

Despite Saudi Arabia's extremely problematic human rights record, Brownstein also has represented the Saudi Ministry of Foreign Affairs since 2016. The firm received $1.8 million from the Saudi government for its lobbying efforts in 2020, the year Royce joined the firm, primarily to facilitate meetings with federal officials and further Saudi interests.

Royce's support for Saudi government interests and narratives predated his work for Brownstein. In November 2017, while still in Congress and Chair of the House Foreign Affairs Committee, Royce gave a speech on the House floor that implored lawmakers to maintain U.S. support for the Saudi-led war in Yemen. Royce, a staunch opponent of the Iranian government, centered his speech on the threat that Houthi rebels, purportedly supported by Iran, posed to the region. Royce argued that Iranian authorities indoctrinated Houthi leaders in Qom, Iran, and that the Houthis would destabilize Yemen the same way that Hezbollah has destabilized Lebanon.

But these and other inflammatory arguments did not come from Royce or his staff; these heavily-scripted arguments came from a lobbyist working for Saudi Arabia. On May 2, 2019, The Intercept published an article that showed how Royce repeated talking points from the Saudi Embassy in DC about the Yemen war throughout his speech. Moreover, Hogan and Lovells, another DC law firm that lobbies on behalf of the Kingdom, distributed these talking points before Royce's speech. At times, Royce repeated these points nearly word-for-word.

Saudi Arabia's human rights record is among the worst in the world, including for democratic representation, as Saudi citizens have virtually no voice in the Kingdom's monarchial rule. Under Crown Prince Mohamed bin Salman, Saudi Arabia's human rights is even worse than before. Human rights abuses are pervasive and dissent is not tolerated. Saudi citizens endure extensive surveillance and perceived political opponents are arrested, and often held incommunicado indefinitely and tortured.

Saudi Arabia's human rights violations are not confined to the Kingdom, however, as the country's reckless military intervention in Yemen has contributed to one of the worst humanitarian crises in the world. Since joining the armed conflict in 2015, more than 230,000 people have died and millions face starvation and unspeakable hardship. Several investigations have documented the Saudi government's numerous violations of international humanitarian law in this armed conflict, many of which likely constitute war crimes.

Despites these findings, in November 2021, the Biden administration approved a $650 million weapons sale to Saudi Arabia. This deal will send the Saudi government missiles and missile launchers and contradicts the administration's promise to recenter U.S. foreign policy on human rights. Such arms sales by the United States contribute to, and benefit from, war crimes in Yemen and human rights abuses in Saudi Arabia.

Royce grew up mostly in Anaheim and graduated from California State University – Fullerton in 1977 with a degree in business administration. Royce was a tax manager for a cement company in Los Angeles before winning election to the California State Senate in 1983, representing Orange County. Royce served in the California Senate for ten years, before winning election to the U.S. House of Representatives in 1992 and joining Congress in January 1993. Royce is a member of the Advisory Board for the Adrienne Arsht Latin America Center at the Atlantic Council, as well as the President's Advisory Council at the American Research Center in Egypt and the National Advisory Council of the U.S. Global Leadership Coalition. He also co-founded the International Conservation Caucus Foundation.

Under international law, firms such as Brownstein have a responsibility to avoid contributing to, or benefiting from, adverse human rights impacts through their business relationships and activities. Lobbying on behalf of government agencies and officials responsible for murder, torture, and arbitrary arrests and detention runs counter to these responsibilities. Such lobbying provides support and cover for human rights abusers.

DAWN's recommendations to BHFS, Royce, and others include the following:

Royce and Brownstein have not responded to DAWN's request for comment on our findings as set forth above.

Why Was I Designated a Terrorist by the UAE?

What Will the Koblenz Trial Mean for Justice and Accountability in Syria? 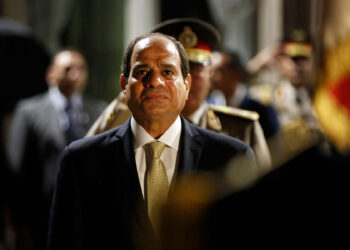 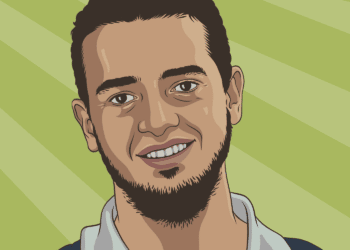 Anas Mohamed El-Beltagy was a 19-year-old student at Ain Shams University preparing to take his semester exams when security... 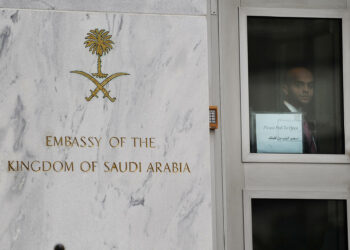 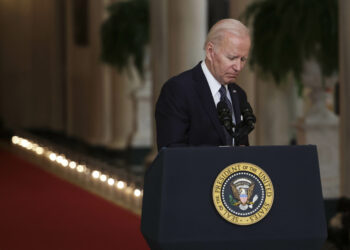 What Will the Koblenz Trial Mean for Justice and Accountability in Syria?