Prosecutor Hussein Amer participated in the Egyptian authorities' crushing of peaceful activists and journalists by keeping them in extended pretrial detention, as part of a campaign to intimidate them into silence.

"Amer used pretrial detention as punishment itself, throwing peaceful journalists into jail to silence their independent reporting on rights abuses in Egypt," said Sarah Leah Whitson, executive director of DAWN. "Why bother bringing evidence when he can simply jail them without trial?"

Amer is a Supreme State Security Prosecution (SSSP) public prosecutor who used his prosecutorial discretion for the unlawful prosecution of many Egyptians for peaceful activism, protected by international human rights law.

He also uses his prosecutorial authority to keep them in extended pretrial detention, even though no evidence was presented to establish any of the statutory conditions for pre-trial detention as stipulated in Article 134 of Egypt's Code of Criminal Procedure. Amer ordered these detainees to remain in pretrial detention without providing reasons for his decision, as required by Egyptian domestic law and international standards of due process.

Amer interrogated award-winning journalist and human rights activist Solafa Magdy Sallam on November 27, 2019, as part of Case No. 488/2019, and charged her with collaboration with a terrorist organization and spreading false news and statements.

To some rights groups, Case No. 488/2019 reflects the "abysmal reality" that those who dare to express themselves or criticize the government in Egypt risk facing "charges of joining a terrorist group – in virtually all cases left unnamed" along with other dubious and trumped-up charges.

In addition to jailing Sallam on spurious charges, he also refused to investigate her allegations of abuse by security forces. Although Amer recorded Sallam's allegations that the Dokki policemen physically assaulted her and stole her phone and car in the case record during the arrest, he took no apparent action to investigate such allegations. He ordered Sallam's remand detention despite the failure of the National Security officers to present any evidence that her case met the statutory conditions for pretrial detention as stipulated in Article 134 of Egypt's Code of Criminal Procedure. Amer also kept Sallam's husband, Hossam el-Sayyed, in unlawful pre-trial detention pending investigation in the case, which their left their seven-year-old son parentless, in violation of Egypt's Code of Criminal Procedure (Article 488) and Child Law as well as Article 3 (1) of the UN Convention on the Rights of the Child.

Prosecutor Amer engaged in similar rights violations against Sallam's co-defendants in Case No. 488/2019, such as Mahienour el-Masry. In the case of el-Masry, he 'rotated' her to a new case  on August 30, 2020: In SSSP Case No. 880/2020 he accused her of the same charges that the SSSP had already brought against her, without presenting any evidence. His actions kept both women in pretrial detention for about a year and a half. On April 13, 2021, the Egyptian authorities released.Sallam and el-Sayyed.

"Prosecutors like Amer are an integral part of the Egyptian government's violent intimidation of journalists and rights activists," Whitson said. "He has no business charging peaceful activists with terrorism."

Prior to joining the SSSP, Amer worked at the North Giza Accidents Prosecution.

On January 13, 2021, DAWN requested a response from Amer by writing to the Egyptian government, but no response has been received.

Tell Amer to end prosecutorial abuses. Write to him at the Egyptian Public Prosecution's page on Facebook or by email: m.office@ppo.gov.eg, or through the Egyptian Ministry of Justice on Twitter.

Watch the video of Amer here.

The SSSP is a special agency of the Public Prosecution in Egypt that was established on March 8, 1953 in order to investigate crimes that threaten "state security". In 1972, the justice minister issued decree No. 1270 which specified the jurisdiction of the SSSP and listed the crimes it can investigate, including crimes related to internal and external security, explosives, assembly, and strikes. SSSP's mandate also includes the crimes reviewed by Emergency State Security Courts, such as terrorism, protesting, and attacks on places of worship. 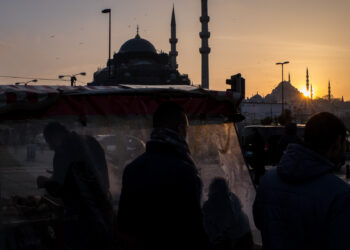 'I Wanted to Get Out. I Saw How the Revolution Was Turning Out.' An Egyptian Journalist's New Life in Istanbul

He saw the fall of Hosni Mubarak, the election of Mohammed Morsi and Abdel Fattah al-Sisi’s coup. Then, Ahmed... 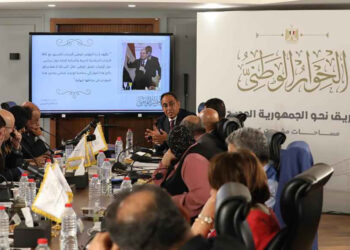 Egypt's National Dialogue: "To Join or Not to Join" – The Opposition's Dilemma

As Egypt’s National Dialogue slowly moves forward, opposition figures must decide whether the benefits of participating in this tightly-controlled...