Al-Ghamdi convicted Abulkhair of charges that included "signing statements and petitions that harm the reputation of the Kingdom" and "mobilizing international organizations against the kingdom," using his position on the bench to enforce prima facie unjust laws that criminalize dissent.

"The Saudi authorities didn't like Abulkhair's fearless defense of human rights, so they charged him with terrorism," said Abdullah Alaoudh, Gulf Director at DAWN. "Al-Ghamdi chose to enforce unjust laws designed to neutralize perceived threats to the Royal Court."

After a previous judge assigned to Abulkhair's case asked to be relieved of his responsibility for issuing a judgment, al-Ghamdi stepped in and presided over the trial's fifth session, on April 15, 2014. At that session, al-Ghamdi issued a decision convicting Abulkhair and sentencing him to 15 years in al-Haer Prison.

Al-Ghamdi did not inform his family or his lawyer, Ibrahim Almodaimigh, of the conviction. In addition, he sentenced Abulkhair to a 15-year travel ban set to begin after his release, and he fined Abulkhair 200,000 Saudi riyals (approximately $53,000). The charges of which al-Ghamdi convicted Abulkhair include "swaying public opinion" and "insulting the Saudi kingdom."

Al-Ghamdi offered to reduce Abulkhair's prison sentence to ten years, if he committed to stop his peaceful political activities, but Abulkhair refused.

"While leading human rights defenders like Abulkhair languish in prison because of their peaceful activism, judges like al-Ghamdi provide the guise of legitimacy to the Saudi Government's abuses," Alaoudh said.

Al-Ghamdi was born on April 2, 1984. He graduated with a bachelor's from the Sharia college at Imam Muhammad bin Saud University and a master's from the Judicial High Institute, an institute that trains judges in Saudi Arabia. He was a judge at the Specialized Criminal Court in Riyadh and Jeddah between 2014 and October 2017, when he was relieved of his judicial position. He is now an imam at al-Rahman Mosques in the north of Jeddah.

DAWN contacted al-Ghamdi via the Saudi authorities on December 9, 2020 to request a response, but no response was received by the time of publication.

Tweet at al-Ghamdi here and tell him to renounce his judicial decisions convicting peaceful activists, many of whom still languish in prison. Tweet at the Ministry of Justice here and the Saudi Embassy in Washington DC here and tell them to stop employing judges like al-Ghamdi.

Why the US is wrong to designate the Houthis as 'terrorists'

Three years since the murder of Jamal Khashoggi by Mohamed bin Salman (MBS) and his Saudi co-conspirators, the organization... 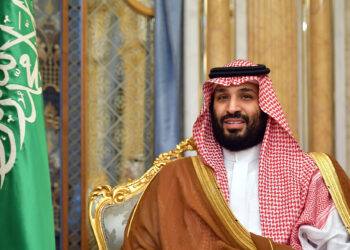 Saudi Arabia: Five Reasons Saudis Have Little to Celebrate on Their National Day

Despite much progress in developing the country over the past several decades, the Saudi government’s increasingly absolutist monarchical rule...

Two years after the murder, we sued MBS and his co-conspirators under the Alien Tort Statute and the Torture...

'Syria Is Like a Planet in My Head': Novelist Samar Yazbek on Writing in Exile