The Middle East and the 2020 U.S. Presidential Election: Change or Continuity?

Jon Hoffman is a political science Ph.D. student at George Mason University. His research focuses on political Islam and geopolitics in the Middle East.

American foreign policy – particularly as it relates to the Middle East – has unfortunately taken a back seat during the 2020 U.S. presidential election.

This is due primarily to the myriad of internal crises currently dominating the center stage: the COVID-19 pandemic, economic implosion and extreme levels of unemployment, heightened racial tensions, unchecked police brutality, and uncertainty surrounding the current presidential incumbent's willingness to accept the results of the election.

Despite the absence of official conversation concerning the Middle East, considerable attention has been paid by academics and policy analysts surrounding the prospects of a Biden victory and its repercussions for the region. However, the question of whether such an outcome would lead to a substantial about-face in U.S. foreign policy toward the region – particularly as it relates to supporting organic and meaningful democratic reform – remains largely unaddressed.

The purpose of this article is to situate such prospects for change within the contemporary historical context of U.S. engagement in the region. The United States has historically helped to both construct and maintain the authoritarian status quo in the region, and significant change will be difficult to achieve. This article asks what is the realistic likelihood of change under a possible Biden administration considering America's record of regional engagement, and will this difference be enough to have a tangible impact on democracy in the region?

U.S. engagement in the region has historically been predicated on two foundational pillars: staunch support for the state of Israel, and support for sustainably compliant authoritarian regimes. Concerning the latter, Nader Hashemi explains how U.S. support for authoritarianism in the region is based on the myth of authoritarian stability: "the belief that the autocrats of the Middle East can protect American interests by imposing political and social order on disempowered citizens."

Historically, U.S. support for Middle East autocrats has a long track record: support for dictatorial governments in the region that aligned with our interests was a key pillar during the Cold War period, the post-9/11 "war on terror," and following the 2011 Arab Uprisings.

The virtual unconditional support provided by the United States for authoritarian "strongmen" in the Middle East has provided the latter with the freedom to shape the region in their own favor. As Sean Yom argues, these regimes have had little incentive to change their domestic or foreign policies "when the most powerful hegemon in world history, the United States, all but guaranteed their existence through the provision of diplomatic, economic, and military assistance."

U.S. Middle East policy under Donald Trump has witnessed an empathic embrace and doubling-down of the traditional hardline approach to the region. Trump has cast the full weight of American economic, diplomatic, and military might behind the efforts of regional autocrats.

Among other things, Trump has demonstrated his support for the authoritarian regional status quo by praising Egyptian President Abdel Fattah El-Sisi as his "favorite dictator"; shielding Saudi Crown Prince Mohammed bin Salman from criticism following his internal arrest campaign to consolidate his grasp on power domestically, as well as his directing of the murder of journalist Jamal Khashoggi; and continuing to supply large quantities of advanced military technology to countries such as Saudi Arabia, the United Arab Emirates (UAE), Bahrain, Egypt, etc.

Moreover, Trump has enthusiastically embraced the regional agendas of countries such as Saudi Arabia, the UAE, Bahrain, Israel, and Egypt, and has supported them in their efforts to shape the region in accordance with their interests.

The Trump administration has embraced the regional counterrevolution designed to squash all calls for popular political, social, or economic change, and strongly supports the flawed myth of "authoritarian stability." He has pressed froward with the "maximum pressure" campaign against Iran by withdrawing from the JCPOA nuclear accords, reimposing crippling sanctions, and assassinating then-commander of the Islamic Revolutionary Guards Corps (IRGC) Quds Force, Qassem Soleimani, in January 2020. Trump has also worked with several Arab governments in the region to sideline the plight of the Palestinians by advancing a U.S.-proposed so-called "deal of the century" heavily skewed in Israel's favor, as well as pushing for the normalization of relations between Israel and Washington-backed authoritarian rulers in order to further cement the dominance of America's regional partners.

Democratic presidential candidate Joe Biden has been far more vocal than Trump in calling out regional authoritarian leaders. Biden has criticized Saudi Arabia for its abysmal human rights record and is on record stating that he believes MbS ordered the killing of Jamal Khashoggi. Furthermore, he has pledged that, if elected, he will end U.S. support for Saudi Arabia's disastrous war in Yemen, making sure that "America does not check its values at the door to sell arms or buy oil," and claiming that "America's commitment to democratic values and human rights will be a priority." Biden has also referred to Turkey's President Recep Tayyip Erdogan as an "autocrat," and has stated that there will be no more "blank checks" for Egypt's El-Sisi. If elected, Biden has also vowed to offer Iran a "credible path to diplomacy," and would likely end Trump's "maximum pressure" campaign.

Concerning Israel, Biden's approach has been far more cautious. He has come out strongly against annexation, stating "annexation would be a body blow to the cause of peace, which is why I oppose it now and would oppose it as president." Further, he said "Bibi Netanyahu and I know one another well…he knows that I think what he's doing is outrageous." However, despite these limited criticisms, Biden has a long history of staunch support for Israel, and would not, for example, threaten Israel with reduced military assistance to deter settlement expansion.

If Joe Biden were to be elected in November 2020, would America's approach to the region undergo fundamental change? Despite Biden's more vocal criticisms of autocratic behavior in the region, he has yet to put forward an alternative vision for U.S. policy in the region that fundamentally deviates from the historical record of staunch support for Israel and support for sustainably compliant authoritarian regimes. Although Biden only represents a more moderate traditionalist approach to the region, there are those among the more progressive wing of the Democratic party pushing for greater reform to America's Middle East policies, who are more likely to influence a Biden administration than a Trump administration. In short, while Biden would be a step in the right direction and a refreshing break from Trump, it's far from clear that a Biden administration would fundamentally change US policy toward the region. Perhaps a President Biden, after years of engagement in the region, will be true to his word on the campaign trail – and seek meaningful democratic reform in the region. Or perhaps the more progressive wing of the Democratic party will prevail upon him to do so. Only time will tell.

Why Has Yemen's Peace Process Stalled? 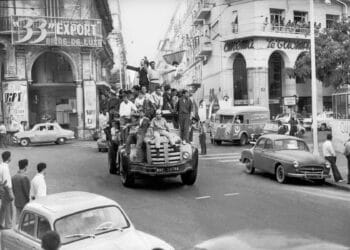 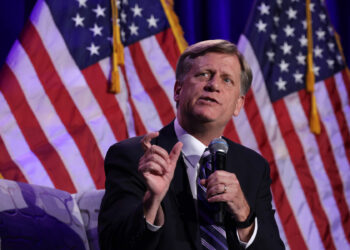 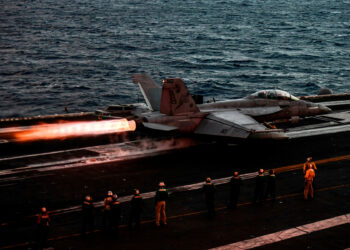