The U.S. Should Stop Arming Saudi Arabia and Shielding It from Accountability

Saudi Arabia is an absolute monarchy whose laws prohibit freedom of association, freedom of speech, and freedom of religion; non-Muslim places of worship are prohibited.

There are no independent civil society organizations in the country, and the regime engages in arbitrary detention, torture and extrajudicial killing to crush political dissent and human rights activism, including of women fighting discriminatory laws and practices. Saudi Arabia leads a military campaign in Yemen that has indiscriminately and deliberately bombarded civilians and civilian sites, causing the vast majority of at least 12,000 civilian deaths since 2015. For more information, see DAWN's short review of Saudi Arabia's rights record.

The United States is a key military backer of Saudi Arabia and its largest weapons supplier. It regards the kingdom as a close partner in counter-terrorism and countering what it deems to be Iranian influence in the region. The U.S. trains Saudi security forces and has modestly subsidized the cost of that training, shares intelligence with Saudi Arabia and sells it weapons. Between fiscal years 2009 to 2017, the U.S. and Saudi Arabia concluded arms deals worth more than $76 billion. The U.S. also maintains an estimated 2,500 troops in Saudi Arabia and provides advice and training to Saudi Arabia's Ministry of Interior on counterterrorism and internal security, including by embedding U.S. advisors into Saudi government offices. U.S. President Donald Trump reportedly told a journalist that "They [the Saudi regime] wouldn't last a week if we're not there, and they know it."

"The U.S. bears direct responsibility for the conduct of the Saudi regime. The U.S has been selling weapons to Saudi Arabia throughout five years of war in Yemen, where Saudi allied forces are killing civilians. When the U.S. does mention human rights, it does so as a bargaining chip, to get a better deal from the Saudi government about oil or business."

Since March 2015, the U.S. has provided logistical and intelligence support for the Saudi military's operations in Yemen, where it employs U.S.-made weapons. Amid criticism of serious violations of the laws of war by the Saudi-led coalition in Yemen, in 2019, the U.S. stopped refueling coalition aircraft operating in Yemen but continues to provide advisory and logistical support. U.S government lawyers have warned that doing so puts U.S. officials at risk of being found liable for war crimes.

The U.S. maintains close diplomatic ties with Saudi Arabia. Senior leaders from each country frequently visit each other, including high profile meetings between U.S. presidents and the Saudi Arabian king and crown prince. The two nations have entered into joint strategic agreements to strengthen bilateral ties, including on trade, security and regional cooperation. U.S. permanent membership on the U.N. Security Council thwarts efforts at accountability there for Saudi abuses. The U.S. remained silent as Saudi Arabia blackmailed the U.N. Secretary General into removing it from a list of countries responsible for abusing children's rights – by threatening to cut badly-needed funding for U.N. programs. The U.S. failed to support efforts at the U.N. Human Rights Council to establish an independent, international inquiry into war crimes in Yemen, instead pushing for a "consensus" solution that allowed the Saudi-led coalition to avoid accountability for Yemeni civilians killed or injured by U.S.-made weapons.

No Accountability for Human Rights Violations

Despite the reported conclusion by the Central Intelligence Agency that Saudi Crown Prince Mohammed bin Salman ordered the October 2018 brutal murder of Saudi journalist Jamal Khashoggi, the American response to the killing was muted. That month, the U.S. revoked the visas of 21 Saudi nationals suspected of involvement, and in November 2018, the Treasury Department sanctioned 17 other Saudi-connected individuals under the Magnitsky Act. More information about the U.S. reaction can be found here. The Trump administration kept bin Salman off the list of individuals sanctioned and has denied or downplayed the CIA's conclusion that bin Salman was responsible for Khashoggi's murder. It has flouted a Congressional requirement that the Director of National Intelligence provide unclassified information about who was responsible for Khashoggi's murder. The U.S. continued its strong military and diplomatic support of Saudi Arabia, including arms supplies and holding meetings at the highest level. Referring to bin Salman in the wake of the Khashoggi murder, President Trump reportedly said, "I saved his a**".

"Why would the U.S. shield Mohammed bin Salman for killing people in Yemen or his own people in Saudi jails? We're not saying the U.S. should help the people of Saudi Arabia. We're saying, stop helping the dictators."

U.S. military and diplomatic support for Saudi Arabia is facilitating the Saudi coalition's war in Yemen, including through direct support such as arms sales and intelligence sharing. The U.S. therefore bears partial responsibility for the devastation in Yemen as a result of the war, including civilian deaths from bombing, malnutrition and disease. Individual U.S. officials involved in supporting Saudi Arabia could be liable for war crimes. The U.S. government has also failed to abide by warnings by its own lawyers and watchdogs to set limits and conditions on arms sales to the Saudi-led coalition to minimize civilian harm, and the Trump administration has bypassed Congressional restrictions on some of these arms sales, including by certifying the existence of an emergency that allowed transfer of weapons to Saudi Arabia over the objections of Congress.

"U.S foreign policy to embolden and shield oppressive regimes is partly fueled by Islamophobic sentiment. They don't distinguish between nonviolent, democratic Islamist movements and those who try to achieve change through violent means."

DAWN recommends ending arms sales to Saudi Arabia and removing the U.S. troop presence there. If, in the future, the Saudi government ceases engaging in widespread and systematic human rights abuses, the U.S. can reconsider its military support for Saudi Arabia.

On the diplomatic front, the U.S. administration should support multilateral efforts to rectify the Saudi regime's human rights abuses, including implementing the recommendations of the United Nations Human Rights Council and U.N. human rights treaty bodies, as well as the recommendations made by the U.N. Special Rapporteur on extrajudicial, summary or arbitrary killings regarding the murder of Jamal Khashoggi. Where appropriate, it should use the Magnitsky Act to sanction individual Saudi officials responsible for abuses, including the senior officials responsible for Khashoggi's murder.

The U.S. government should make public the information it has regarding the Khashoggi assassination, including the congressionally-mandated report by the Office of the Director of National Intelligence. The U.S. should oppose Saudi Arabia hosting international events and should refrain from participating in such events, including the G20, sporting and cultural events, until such time as Saudi Arabia enacts significant reforms to end abuses. 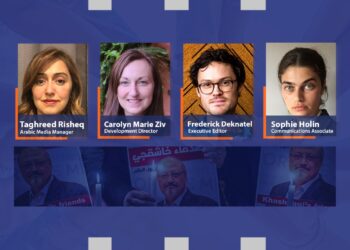 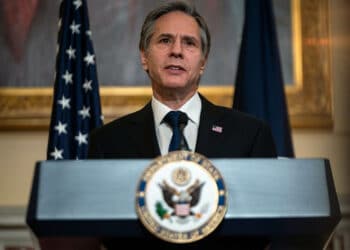 An open letter to Secretary Blinken urges the Biden administration to refrain from using the national security waiver on...