(Washington D.C., November 22, 2021) –​​ After over three years of detention without charge, Saudi authorities have confirmed they are detaining Prince Salman (Ghazalan) Al Saud, and his father, Prince Abdulaziz bin Salman bin Muhammed in an unofficial detention site that appears to be a private residence in the Saudi capital, Riyadh, said Democracy for the Arab World Now (DAWN).

Saudi authorities also have allowed the men visits and phone calls with their family since late October, a year after their disappearance. After initially detaining the men in January 2018, they allowed them visits and calls around March 2019, but subsequently disappeared them in November 2020, transferring them to an unknown location and holding them incommunicado until late October 2021.

"Saudi Arabia's belated admission that it is in fact detaining these two princes, albeit without charge, and allowing them to have their first family visit in almost a year after disappearing them, are welcome glimmers of hope, but no substitute for what justice demands: their immediate release," said Sarah Leah Whitson, Executive Director of DAWN. "These positive developments on the heels of public pressure, especially from members of Congress and the State Department, suggests we can make a difference. We urge members of Congress and the State Department to keep up this pressure until they are free."

"Saudi Arabia's belated admission that it is in fact detaining these two princes, albeit without charge, and allowing them to have their first family visit in almost a year after disappearing them, are welcome glimmers of hope, but no substitute for what justice demands: their immediate release."

In its previous statement about the cases, DAWN demanded that Saudi authorities disclose the location of the two princes and allow phone calls and regular visits from their family members. DAWN briefed members of Congress and their staff on their case in September and October.

Congresswoman Eleanor Holmes Norton (D-DC) tweeted about the cases on October 14. A little over a week later, the two have had weekly phone calls and visits from their family. DAWN again calls on Saudi authorities to release the men immediately, given their prolonged arbitrary detention without charge.

A special Saudi security force, al-Saif al-Ajrab Brigade, or the Naked Sword Brigade, arrested Prince Salman on January 4, 2018 and Prince Abdulaziz on January 5, 2018. The Brigade arrested both men as part of a broad purge of prominent royal family members, government officials, and influential business people, orchestrated by Saudi Crown Prince Mohammed bin Salman al Saud (MBS). Created by MBS and led by Saud al-Qahtani, a former advisor to the Royal Family, the Brigade operates with impunity and answers only to the Crown Prince.

According to a source close to the family, Brigade members led by al-Qahtani beat Prince Salman until he fell unconscious during his arrest and then transferred him to the Ritz-Carlton Hotel. The Ritz-Carlton served as an unofficial prison run by MBS and his security forces during a months long shakedown that MBS used to imprison, beat, and torture his rivals, while apportioning their assets. Prince Salman remained at the Ritz-Carlton for almost two weeks until State Security officers transferred him to al-Haer Prison in mid-January 2018. Prison authorities held Prince Salman and Prince Abdulaziz incommunicado, denying them access to family visits or phone calls. After then allowing the men visits and calls around March 2019, Saudi officials subsequently disappeared them in November 2020, transferring them to an unknown location and holding them incommunicado until late October 2021.

DAWN has documented the abuses against the two men, as well as information about their arrest, the conditions of their detention, and the identities and roles of individual Saudis who participated in the abuses perpetrated against them. These individuals, the critical cogs in the wheel of Saudi oppression, include prominent Saudi officials featured in DAWN's Culprit Gallery, such as al-Qahtani and Attorney General Saud al-Mojeb.

On October 16, 2016, Prince Salman met with U.S. Congressman Adam Schiff (D-CA), along with Democratic party donor Andy Khawaja, in Beverly Hills, California. The same day, sources close to his family told DAWN that Prince Salman's family received a call from Khalid bin Abdulrahman al-Issa, then the Chief of the Saudi Royal Court, ordering Prince Salman to return to the Kingdom. The meeting with Representative Schiff as well as other meetings Prince Salman held with prominent foreign officials drew the scrutiny of MBS and his inner circle. As reported by the Washington Post, the arrest and detention of Prince Salman did not stem from any criminal offense, but due to the Crown Prince's personal jealousy of Prince Salman. 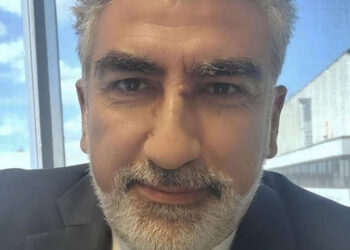 Democracy for the Arab World Now (DAWN) is pleased to announce the expansion of DAWN’s Board with the election...

It wasn’t supposed to turn out this way. Abusive governments have declared open season on their critics the world...

The Biden administration should make public the complete intelligence report on the murder of Jamal Khashoggi, as  recommended  by...

Four years since the murder of Jamal Khashoggi by Mohamed bin Salman (MBS) and his Saudi co-conspirators, actions for...

A Pragmatic Path for Promoting Democracy and Human Rights