Muhammad Kamal is a research assistant at DAWN, where he works on human rights protections in Egypt and across the region.

In a statement posted on Facebook on the eighth anniversary of what he called "our glorious revolution," Egyptian President Abdel-Fattah al-Sisi announced the establishment of a "new republic" in Egypt, "with its tolerance, patience, and ability to make the impossible." He praised the demonstrations on June 30, 2013, which had paved the way for the military coup days later, on July 3, against the country's first democratically elected civilian president, Mohammed Morsi. Sisi's concocted idea of a "new republic" was parroted across Egypt's tightly controlled media in the run-up to this year's coup anniversary, with "clear instructions" reportedly issued to newsrooms to pump out propaganda for weeks.

It couldn't be further from the reality that Egyptians have lived through over the past eight years under Sisi. His feverish attempt to rebrand his dictatorship as a "new republic"—marked, supposedly, by "years of abundance," including new roads, bridges and even a new capital city in the desert outskirts of Cairo—cannot hide that.

First, consider Sisi's words when he described the June 30 protests as the "finest shouts of expression" of Egyptians' devotion "to the homeland." But how devoted to the homeland has Sisi's regime actually been when it gave away a strategic part of Egypt, namely the Red Sea islands of Tiran and Sanafir? When Sisi ceded the sovereignty of both islands to Saudi Arabia in 2017, he defied the ruling of a top court in Egypt that had nullified the deal, and also ignored the largest protests by Egyptians since he had seized power. Just as Sisi was praising the Saudis and currying favor with his benefactors in Riyadh, his security forces arrested many of those proud Egyptians who had taken to the streets in anger against handing the islands over to Saudi Arabia. Roughly 150 protesters were given prison sentences of two to five years.

A "new republic" would presumably be democratic, but since his coup against Egypt's new democracy, Sisi has choked all aspects of political life in the country. His regime has seized control of political parties, many of which are led by ex-military leaders. It arrested the leaders of the few legitimate parties that remained, including Abdel Moneim Aboul Fotouh, head of the Strong Egypt Party, and his deputy, Muhammad al-Qassas. Several former parliamentarians were arrested too, including Ziad al-Alimi, in addition to the 2012 parliament speaker, Saad al-Katatni. These arrests have been so widespread that any remaining politicians who are not in lockstep with the regime are now either in prison or in exile.

And then there are human rights. Just in the past few weeks, while Egyptian media was publishing more propaganda about Sisi's presidency, Egypt's highest court upheld the death penalty for 12 defendants for their alleged participation in the 2013 protests in Rabaa al-Adawiya Square, where Egyptian security forces killed more than 1,000 people in the aftermath of Sisi's coup. The court also upheld life sentences for 31 other defendants, and various sentences for hundreds more. The court proceedings were a sham.

While Egypt's state-controlled media lies about "development and progress" under Sisi, the economy has, in reality, been unable to provide the vast majority of Egyptians with a decent life. Sisi's economic policies have saddled the country with foreign debt, now amounting to $129 billion, the highest ever in Egypt. While Sisi tries to sell an image of Egypt as an investor's dream, the living standards of most Egyptians have been plunging.

One thing that is abundant in Sisi's "new republic" is the number of prisons. Just in the past decade, Egypt has built 35 new prisons. According to the Arabic Network for Human Rights Information, 17 of those new facilities were opened from 2016 to 2021. With a total of 78 prisons in the country, the message to every Egyptian is clear: There is a place for you behind bars, too, even if the jails are already swelling with an estimated 60,000 political prisoners.

Finally, if the relationship between citizens and their government in a republic is based on trust, honesty and transparency, Sisi's "new republic" was built on a lie—starting with his initial pledge not to run for the presidency, following his coup. Lying has become a feature of Sisi's rule and a deliberate political strategy. He promised Egyptians that they could hold him "accountable" after his first election, but when he ran for reelection in 2018, the polls were more tightly controlled than ever. Any prominent challengers were arrested or otherwise sidelined, as his regime "trampled over even the minimum requirements for free and fair elections."

Sisi lies when Egypt goes through a disaster—like the COVID-19 pandemic, or a container vessel blocking the Suez Canal, or yet another train crash—and he lies even more when he fails to fulfill his promises. It's how he communicates with the Egyptian people.

Many Egyptians, especially the country's youth, were in fact looking for a new republic in 2011—one governed by freedom and dignity. But a decade later, after Sisi's counterrevolution and coup, all they see is a land of fear. It's not a "new republic," but a one-man dictatorship.

An Egyptian army conscript stands guard outside a polling station before the start of Egypt's 2018 presidential elections, in Giza, March 26, 2018. (Photo by Khaled Desouki/AFP via Getty Images)

New Khashoggi Revelations Show We Don't Have the Full Story About His Killing. The Biden Administration Must Disclose What It Knows. 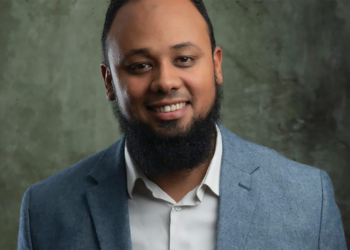 New Khashoggi Revelations Show We Don’t Have the Full Story About His Killing. The Biden Administration Must Disclose What It Knows.