(Washington, DC, March 31, 2022) – Earlier today, in the case against 26 Saudi nationals charged in the murder of journalist and democracy activist Jamal Khashoggi, a Turkish prosecutor called for the suspension of the trial in Istanbul and to transfer the case to Saudi Arabia.

"President Erdogan has previously said that Khashoggi's murder was "premeditated" and ordered by the 'highest levels' of the Saudi government, and that the Turkish government 'must reveal the identities of the puppetmasters behind Khashoggi's killing,'" said Abdullah Alaoudh, Research Director for Saudi Arabia and the UAE at Democracy for the Arab World Now (DAWN). "The Turkish prosecutor's request to transfer Khashoggi's murder trial to Saudi Arabia betrays that promise of justice for Jamal Khashoggi, effectively calling upon his murderers to sit in judgment of themselves. The Prosecutor's request represents a breathtaking and cynical abdication of responsibility on the part of the Turkish government that would subordinate the rule of law to the dictates of political expediency."

DAWN dismisses the possibility that Saudi authorities would hold a fair trial that complied with international legal standards over Jamal Khashoggi's murder given the role of the Saudi government in Khashoggi's killing and especially the role of Saudi Crown Prince Mohamed bin Salman (MBS).

In February 2021, the U.S. Office of the Director of National Intelligence concluded that MBS approved of the operation to kill Khashoggi. Saudi Arabia's criminal justice system also lacks credibility and fails to satisfy basic standards of transparency, judicial independence, and fairness. The Saudi government already completed one sham trial over Khashoggi's murder and there is no reason to expect a different outcome should it conduct another one.

ANKARA, TURKEY - OCTOBER 23: President Recep Tayyip Erdogan speaks about the murder of Saudi journalist Jamal Khashoggi during his weekly parliamentary address on October 23, 2018 in Ankara, Turkey. Erdogan said Khashoggi was the victim of a "brutal" and "planned" murder and called for the extradition of 18 suspects to Turkey to face justice. Khashoggi, a U.S. resident and critic of the Saudi regime, went missing after entering the Saudi Arabian consulate in Istanbul on October 2. 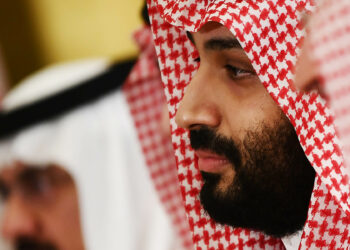 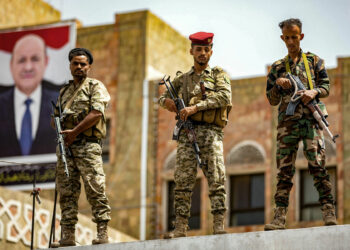 Time Is Running Out to Save the Truce in Yemen

The deadline to extend the truce in Yemen is fast approaching, and without serious steps to save it, the...